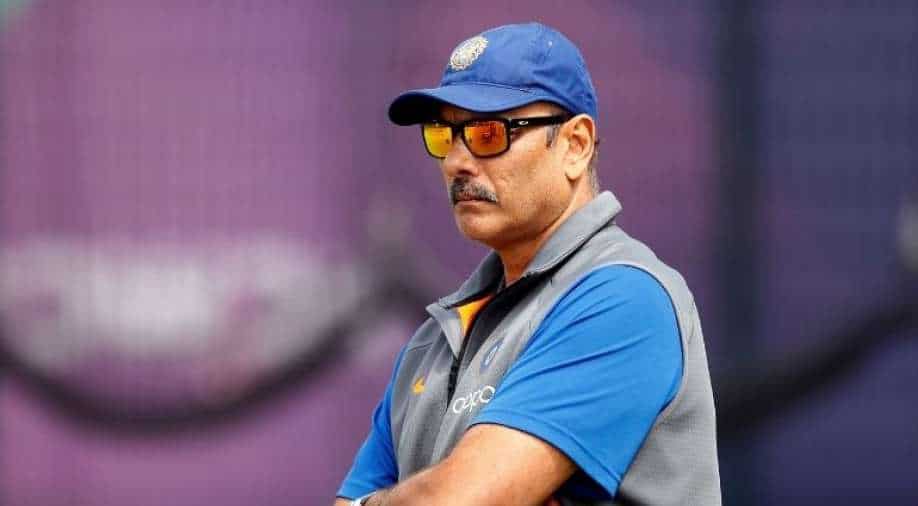 T20 World Cup: Ravi Shastri said that IPL has been an ideal preparatory ground for the Indian players, most of whom are regulars for their respective franchises.

India head coach Ravi Shastri on Monday said the dew factor will decide whether the team will go with an extra seamer or spinner during its upcoming ICC T20 World Cup campaign starting on October 24 against Pakistan.

Shastri, who is on his last assignment with the Indian team, also made it clear that the primary objective of the two warm-up games against England (this evening) and Australia on October 20 is to understand how the players are placed in terms of form and rhythm.

"We'll just try to see how much dew is around and accordingly decide to bat/bowl first. Also helps us decide about playing an extra spinner or seamer," Shastri told former India stumper Deep Dasgupta during an interaction for official broadcasters 'Star Sports'.

India are scheduled to play all their matches in the evening, when dew becomes a major factor.

The heavier the dew, the more difficult it is for spinners to grip the ball, making stroke-play easier for batsmen.

Shastri said that IPL has been an ideal preparatory ground for the Indian players, most of whom are regulars for their respective franchises.

"Boys have been playing IPL for the last two months, so I don't think they need too much of preparation. It's more about them getting together and adapting together. Get some rhythm going, some energy going."

Asked about the specific gains he is eyeing from the warm-up games, Shastri said: "Everyone can bat, everyone can bowl (in this game). So it will help us to get an idea about who is doing how.

"Not really (regarding any locked strategy). We'll just see how things go and work a combination around."