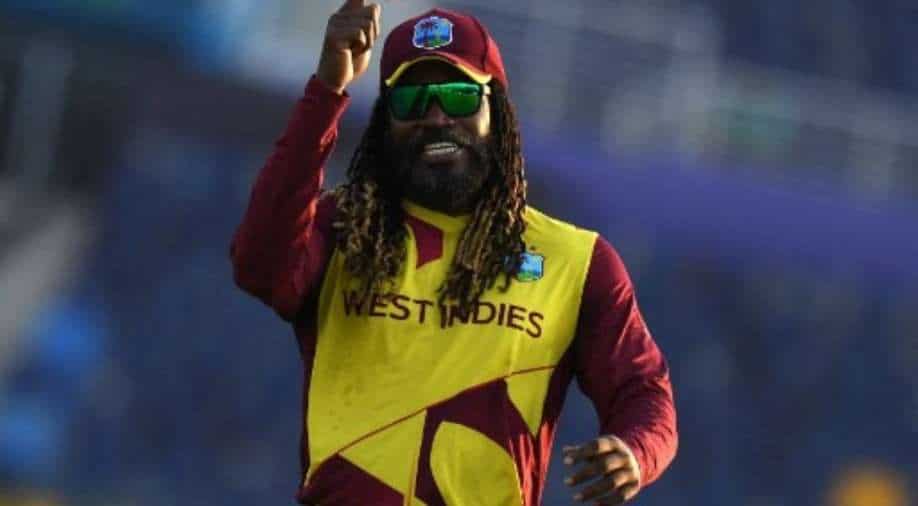 Gayle dismissed Mitchell Marsh in the only over that he bowled, and went ahead and hugged the Australian batter. Watch the video:

The incident happened when Gayle dismissed Mitchell Marsh in the only over that he bowled, and went ahead and hugged the Australian batter when he was walking back to pavilion. The gesture left both the players — Marsh and Gayle smiling.

ALSO READ | Chris Gayle: 'I want to play another World Cup, but they won't let me'

In the match, Australia beat the West Indies by eight wickets, eventually reaching the semi-final. During the match, Gayle made 15 off nine balls in what was likely his final innings in national colours.

The 42-year-old Gayle smashed two sixes before chopping a delivery from Pat Cummins on to his stumps as he walked back with his bat raised and a standing ovation from his players in Abu Dhabi.

Gayle has not yet announced his retirement but is unlikely that he will play for the West Indies who have failed to defend their title this edition.

Gayle, a left-hand batsman who can bowl off spin, has amassed over 12,000 runs including 27 centuries in white-ball cricket since he made his debut in a one-day international in 1999.