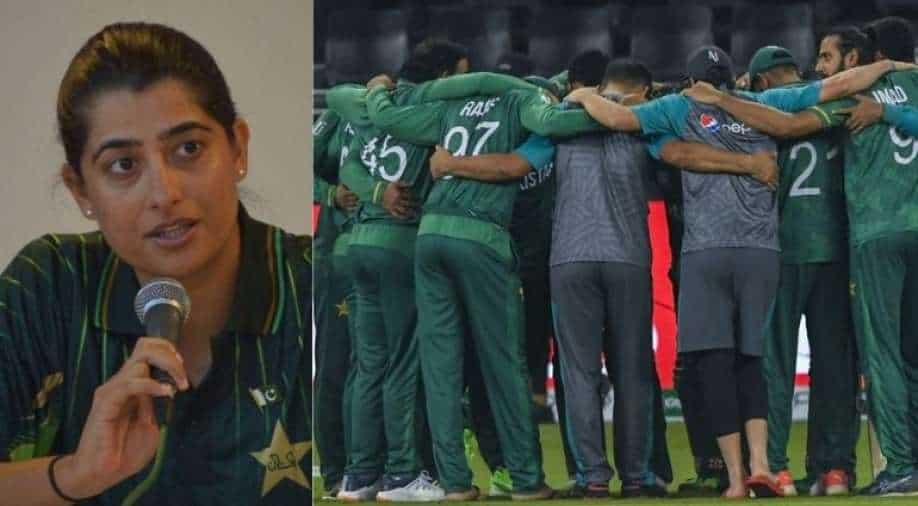 Pakistan has registered wins over India, New Zealand, Afghanistan and Namibia and have already qualified for semi-finals in the T20 World Cup 2021 edition.

Former Pakistan women's team skipper Sana Mir is impressed with the consistent manner in which Babar Azam and his men have performed in the T20 World Cup, a trait not often associated with the squad.

Pakistan have become the team to beat in the ongoing tournament. Armed with a potent bowling attack and a solid batting unit, the 2009 champions are yet to lose a fixture, registering wins over India, New Zealand, Afghanistan and Namibia.

They have already sealed a semifinal berth. "What has impressed me most about Pakistan at the ICC Men's T20 World Cup 2021 has been their consistency," Mir wrote in her column for ICC.

Over many years, Pakistan have proven to be an unpredictable side. Statistics and predictions have time and again failed to determine their results.

"It is not usually something you associate with Pakistan. We always hear about an unpredictable Pakistan but in this tournament they have maintained their intensity.

"The catching has been good, the running between the wickets as well and as a unit they are performing to the standards we expect them to.

"At international level, you make plans and you have to execute them. That is exactly what they are doing," Mir added.

She hailed coach Saqlain Mushtaq for "empowering" the players while also lauding former Australian cricketer Mathew Hayden and South Africa Vernon Philander, who are working with the team for the tournament.

"A lot of the credit goes to the players who are working so hard and that is the platform that they have used to achieve what they are right now. But I think Saqlain Mushtaq also deserves a lot of praise for the work he is doing.

"Matthew Hayden and Vernon Philander have of course been a big influence and Ramiz Raja has given extra responsibility to Babar Azam as captain. When the captain has that responsibility, they feel confident making decisions. It is the same for the players."

Mir feels the players are playing with freedom which has also led to the good show.

Having chased in their first three matches, skipper Babar opted to bat first in the 45-run win over Namibia on Tuesday.

"I was pleased to see Pakistan decide to bat first against Namibia to give themselves a bigger challenge.

"Regardless of the opposition, it is not easy to bat in those conditions, but they did very well and now they are in a great position to top the group and avoid England, who are playing some great cricket, in the semi-final."

Talking about India's clash against Afghanistan on Wednesday, she said it "will be an interesting contest."
Skipper Virat Kohli had said his team was not brave enough with the bat, ball and in its body language after the loss to New Zealand.

Meanwhile, Afghanistan have been playing fearless cricket and almost got the better of Pakistan.

"Virat Kohli talked about how India needed to be braver after the loss to New Zealand. Now they are playing the most courageous team in the tournament," Mir said.

"Afghanistan are the only team who love to win the toss and bat. That should make for a great game and it is huge in the context of Group 2.

"It is not easy to get over a big defeat like India suffered to Pakistan and it felt against New Zealand that they had still not fully moved on. For their sake, they will hope to have put those defeats behind them against Afghanistan."