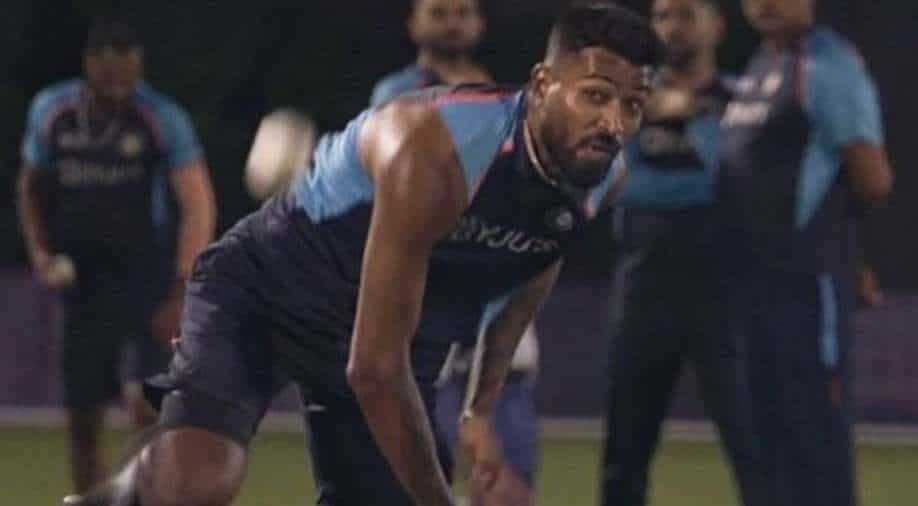 Kohli said Pandya has started bowling in the nets, without giving any assurance that the all-rounder would be bowling against New Zealand

What can come as a sigh of relief to the Indian cricket fans, star all-rounder Hardik Pandya continued to work on strengthening his back and bowled at the nets once again on Saturday (October 30) ahead of India's crucial T20 World Cup match against New Zealand, which is scheduled to be held on Sunday (October 31).

Indian skipper Virat Kohli was also asked about Hardik Pandya's availability for the crunch game against Kane Williamson's side, to which he replied, acknowledging the need for a "sixth bowling option" but also kept it open-ended when asked about Pandya's bowling fitness, stating that the Baroda man "has to be fit to be able to bowl one or two overs".

Pandya has started bowling in the nets but the skipper didn't give any assurance that the all-rounder would be bowling against New Zealand but indicated that he himself might roll his arm over if India happen to bowl first.

"It's very important to have a sixth bowling option -- whether through me or Hardik (Pandya). He should have to be fit to be able to bowl one or two overs," Kohli said on the eve of the New Zealand game.

According to Kohli, it would be game situation that would dictate if they require an additional bowler, which has been India's bane over the past year since Pandya isn't half as effective post his lower-back surgery.

"Game situation dictates when to use your sixth bowling option. In our last match, if they (Pakistan) batted first, I could also have bowled one or two overs.

"But in the second innings when we needed wickets, we just had to bowl our primary bowlers. It's not that a team with six-seven bowling options doesnt lose," the skipper said.

Kohli confirmed that Pandya was "fine" as far as his shoulder injury was concerned but also dropped hints that Shardul Thakur is still not in the scheme of playing eleven as of now but could figure in future.

"Hardik is absolutely fine, if you're talking about the blow on his shoulder," Kohli said adding that Shardul was also in their "plans" 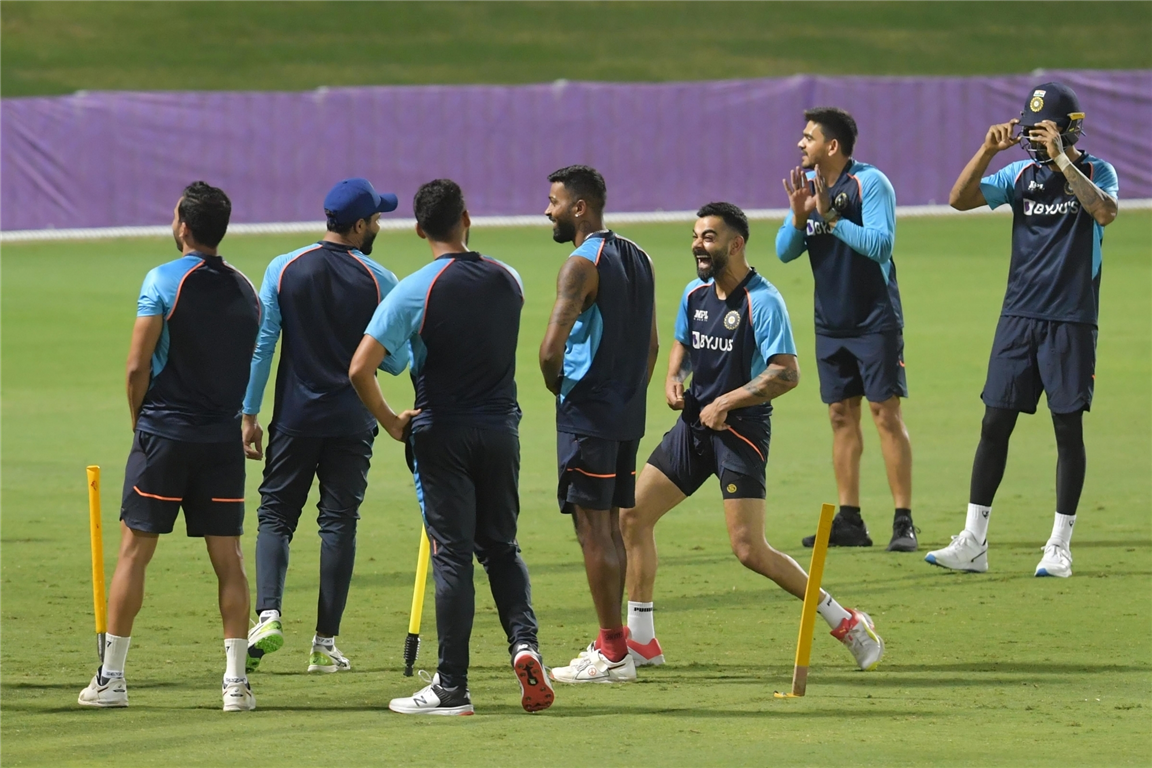 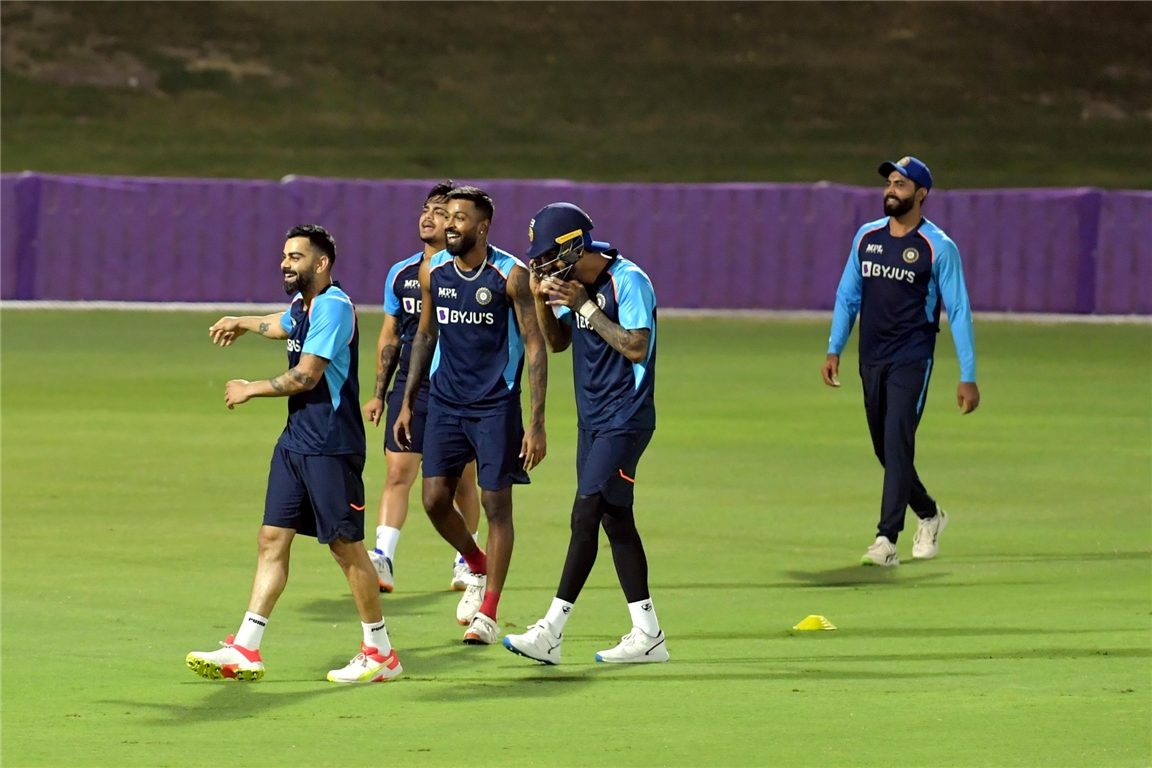 Dubai: Virat Kohli with Hardik Pandya, Ishan Kishan, Ravindra Jadeja and others players attend a training session a day ahead of their match against New Zealand, in Dubai, UAE, Saturday, October 30, 2021. (IANS) 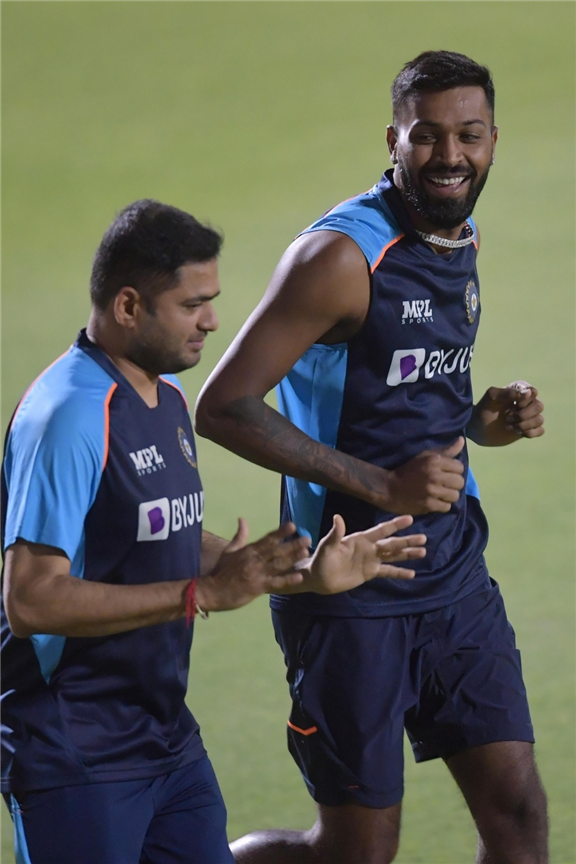