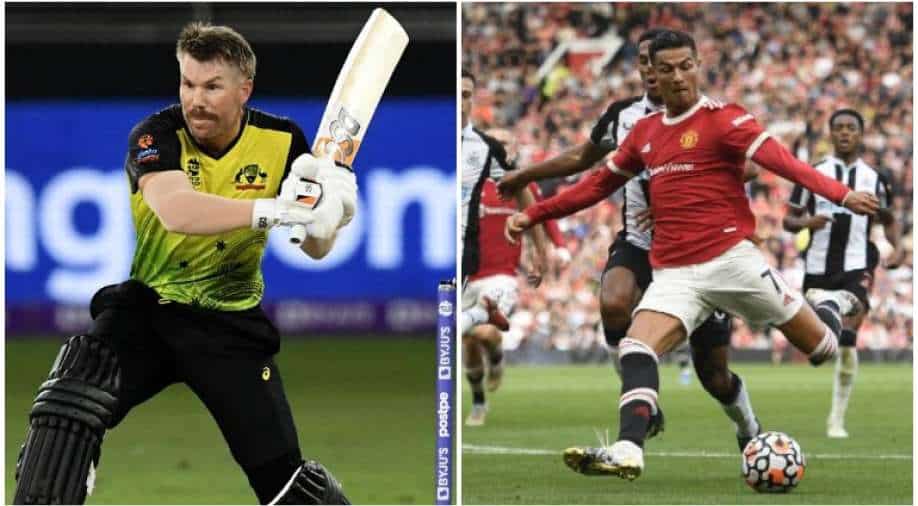 T20 World Cup: David Warner pulled off a Cristiano Ronaldo in the Australia-Sri Lanka press-conference by removing Coca-Cola bottles as the video has now gone viral.

During the Euro 2020, Portugal captain Cristiano Ronaldo had removed the Coca-Cola bottles from the table during a post-match press conference, after his side's clash versus Hungary early this year. The move from Ronaldo went viral in no time as many footballers replicated the same or tweaked it in a hilarious manner in the preceding games during the marquee edition.

Ronaldo removed the Coca-Cola bottles and said "drink water" as the move reportedly also cost the soft drink company heavily, causing a staggering crash of $5.2 billion in the share price drop for Coca-Cola. Back then, Coca-Cola was a sponsor of the Euro 2020 and similarly they remain the sponsor for ICC Men's T20 World Cup, being held in the UAE.

After Australia thrashed Sri Lanka by 7 wickets in match 22 of the Super 12 round, at Dubai International Cricket Stadium, Dubai on Thursday (October 28), David Warner pulled off a Ronaldo by removing the Coke bottles during the post-match press-conference.

The swashbuckling left-hander asked a support staff member if he can remove the two Coke bottles and said, "Can I remove this?". However, he was asked to put them back. To this, Warner said, 'If it is good for Cristiano, it's good enough for me." Here's the video:

Talking about the Australia-Sri Lanka encounter, Aaron Finch & Co. opted to chase and rode on Adam Zampa, Pat Cummins and Mitchell Starc's two-wickets apiece to restrict the Dasun Shanaka-led Lankans to 154-6. In reply, Warner's 65 took the Aussies past the finish line with 7 wickets and 18 balls to spare.

After the win, Australia now have 4 points from two games and will next play England on Saturday (October 30), at the same venue.