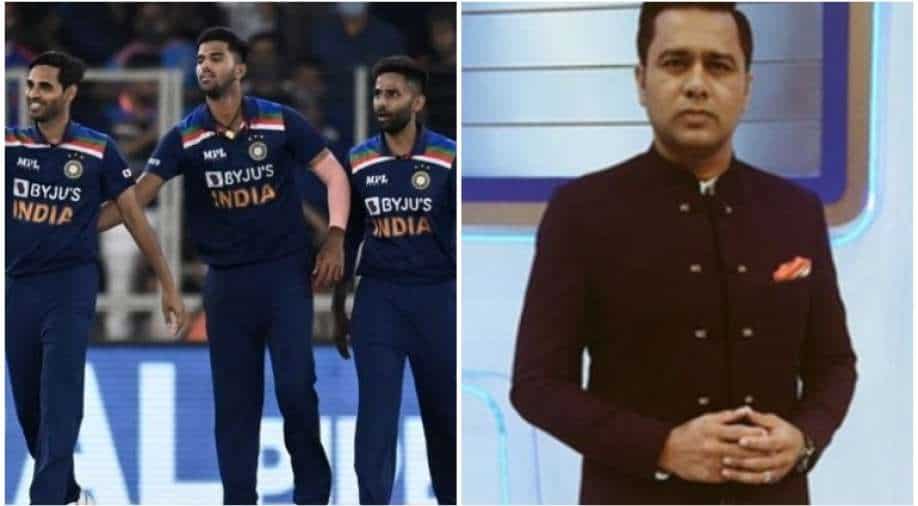 T20 WC: After India's horrendous performance versus Pakistan, Aakash Chopra named the player who is 'not looking effective anymore' from the Men in Blue camp.

India opened their campaign in the T20 World Cup 2021 edition, in the UAE, by locking horns with their arch-rivals Pakistan in match 4 of the Super 12 round, at the Dubai International Cricket Stadium, Dubai on Sunday evening (October 24).

Ahead of the match, many former cricketers and experts of the game had predicted India's victory courtesy their 12-match unbeaten streak in World Cup history over Pakistan (including ODIs and T20Is). However, Babar Azam-led Pakistan produced a memorable performance to stun the Indian team by ten wickets, with 13 balls to spare.

Being asked to bat first, Virat Kohli-led India managed a competitive yet below-par 151-7, riding on Kohli's 57. Shaheen Afridi's 3 for 31 and Haris Rauf's 1 for 25 starred for the Men in Green whereas the entire unit showed great character and energy on the field. In reply, Babar's 68* and Mohammad Rizwan's 79* took Pakistan home, without dropping any sweat.

Speaking of India, there are plenty of concerns for the one-time winners as Rohit Sharma and KL Rahul fell for cheap whereas Suryakumar Yadav got a start before departing and Ravindra Jadeja couldn't create any impact with the bat, despite being promoted up the order. With the ball, the likes of Mohammed Shami, Bhuvneshwar Kumar and Varun Chakravarthy went for runs and the likes of Jasprit Bumrah and Jadeja couldn't be among wickets despite their economical spells.

Aakash Chopra, India's former opener-turned-commentator, opined that Bhuvi's form is India's main concern going forward as he is not 'looking effective anymore'. He told on his Youtube channel, "Bhuvneshwar Kumar is not looking the same bowler. He has had his struggles with injury, but whenever he has played this year (in IPL, Sri Lanka series, and the warm-up games), he never looked the same. Bhuvneshwar has lost his pace and cannot get the ball to swing as much. He's not looking effective anymore," Chopra said.

"It never felt like a wicket is around the corner when Bhuvneshwar Kumar was bowling. Earlier, he was able to move the ball sideways and induce false shots. It isn't happening anymore. Even with his slower deliveries and wide yorkers, it seems he is only trying to control the flow of runs. So, this is going to be an issue," the former Indian opener further added.

India will now face New Zealand in their next fixture, which will be held at the Dubai International Cricket Stadium, Dubai on Sunday (October 31). They will hope for a much-better performance as another defeat will hurt their. campaign severely.