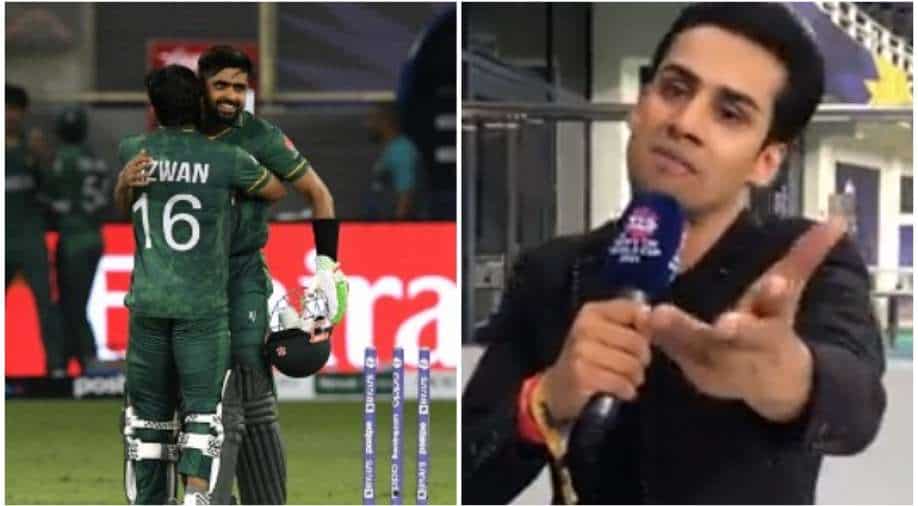 Pakistan thrashed India by 10 wickets in match 4 of the Super 12 round of the T20 World Cup 2021, at the Dubai International Cricket Stadium, Dubai on Sunday evening (October 24). Both sides met each other after a gap of two years, across formats, following their face-off in the 2019 ODI World Cup.

In the run-up to the blockbuster face-off, India had a staggering 12-0 lead over Pakistan in World Cup history (both in ODIs and T20Is). However, Babar & Co. produced a clinical performance in all departments to stun Virat Kohli-led Team India to start their T20 WC 2021 edition with a bang.

Following Men in Green's impressive win, Pakistan's internet sensation -- whose video went viral after his side lost to India in the 2019 ODI WC -- has once again shared another video reacting to his national side's stunning performance versus the 2007 winners. Here's what he had to say:

Talking about the match, Pakistan won the toss and opted to bowl first in Dubai. Riding on Shaheen Afridi's 3 for 31 and Haris Rauf's 1 for 25, Men in Green restricted India to 151-7 as only Captain Kohli (57) managed to get going. In reply, Pakistan openers Babar (68 not out) and Mohammad Rizwan (79*) completed the run-chase with 10 wickets and 13 balls to spare.

Babar told at the post-match presentation, "This was the team's effort, and the early wickets were very helpful. It gave us a lot of confidence and our spinners were very good as well. We applied our plans and got the results. We, the openers, kept it simple and built a partnership and because the wicket was getting better so we just wanted to keep batting till the end, which we did. It won't get easier just because we beat India. We will take the confidence, but we're taking it one match at a time, and there's a long way to go in the tournament. We prepared well, and just kept the history out of our mind. We needed quality practice, and warm-up matches, and even our domestic tournament and those games gave us a lot of confidence."