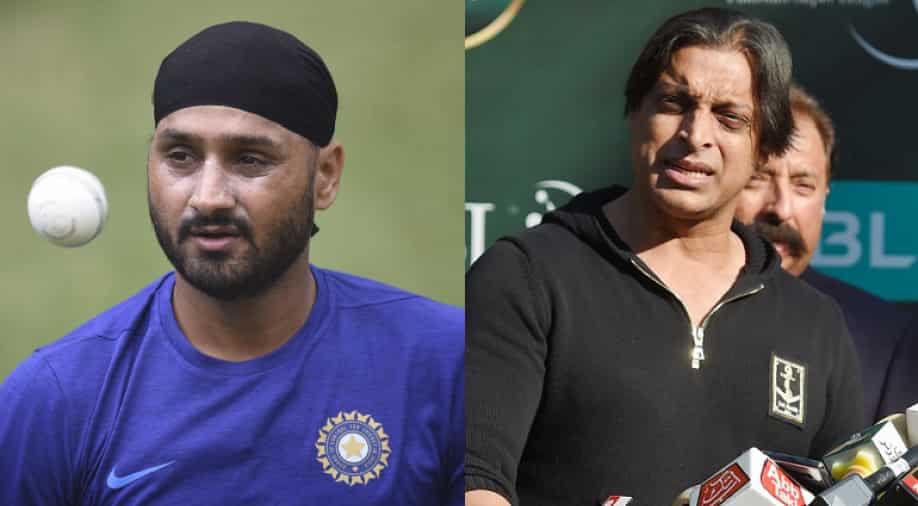 Pakistan thrashed India by ten wickets in their opening clash of the T20 World Cup 2021 on Sunday (October 24) to get off to a winning start in the tournament. Babar Azam & Co. scripted history by becoming the first Pakistan side to beat the Men in Blue in a World Cup match to end their 12-match unbeaten streak.

In the build-up to the India-Pakistan clash on Sunday, Harbhajan had said Pakistan should consider giving India a walkover as they had lost each time against the Men in Blue in World Cups. However, his statement backfired after Pakistan got the better of Kohli & Co. in Dubai.

(Akhtar's comments roughly translate to - "Yes, Harbhajan Singh you wanted a walkover right? Do you still want it? Let it be now, just relax and enjoy the day. Tolerate the loss.")

Pakistan produced a dominant performance with the bat and the ball to thoroughly outclass India in the high-pressure clash. The Men in Green restricted India on 151 runs before chasing down the target with 13 balls to spare. Pakistan skipper Babar Azam slammed an unbeaten 68 and combined with opener Mohammad Rizwan, who scored 79 not out to power their team to their maiden win against India in World Cup history.