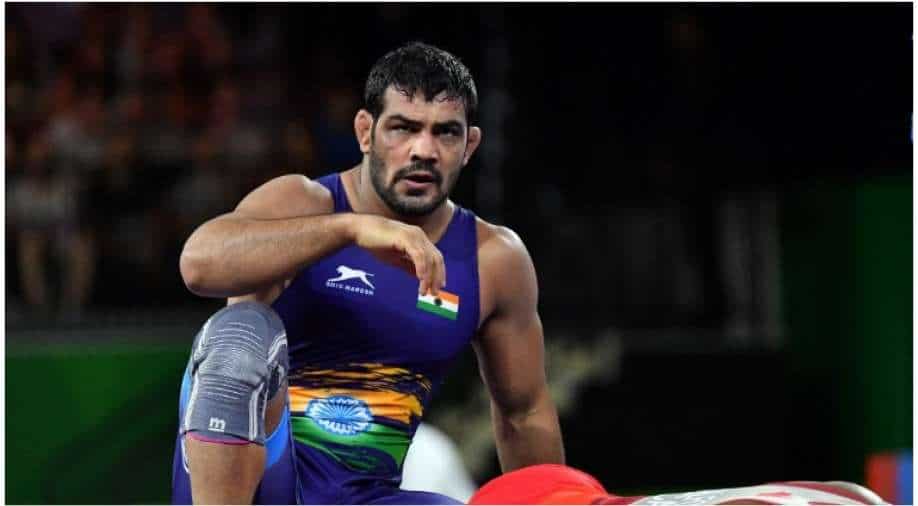 The alleged events occurred on May 5, as per the supplementary chargesheet filed by the Crime Branch at Rohini court last year against four men, relying on disclosure statements of Sushil’s security guard Anil Dhiman and other accused.

Two-time Olympic medallist Sushil Kumar's life turned upside down when he was labelled as the prime accused for the death of young wrestler Sagar Dhankar in early May, 2021. Since then, the tainted wrestler has been behind the bars and the supplementary chargesheet, released by the Delhi Police, has recently revealed that the wrestler had fired at dogs and even assaulted fellow athletes hours before Sagar's death.

The alleged events occurred on May 5, as per the supplementary chargesheet filed by the Crime Branch at Rohini court last year against four men, relying on disclosure statements of Sushil’s security guard Anil Dhiman and other accused.

Dhiman -- in his statement to the cops -- went onto claim that he was with Sushil on the unfortunate night of May 4-5, 2021. Back then, the wrestler had allegedly called several people to report to the basketball ground as he wanted to “teach a lesson to some people”.

On the other hand, co-accused Rahul claimed in his statement that he along with Sushil -- who was allegedly carrying a licensed pistol -- informed that after chasing away a third wrestler named Vikas (who asked Sushil the reason for his anger) the two-time Olympic medallist had even fired at a few dogs and said, “Where I go, who I meet, what I eat — all this information is being leaked by Sagar and Sonu Mahal.”

Dhiman further claimed in his statement that “later that night, I, along with Sushil and others, visited Shalimar Bagh and abducted Amit and Ravinder (who were assaulted along with Sagar) around 11.30 pm and took them to Chhatrasal stadium.” In addition, he informed the cops that the two were assaulted “on Sushil’s instructions”.

“At the stadium, we beat them a lot… we then visited a flat in Model Town where we abducted Sagar, Jaibhagwan, and Sonu and took them to the stadium,” Dhiman added.

According to the chargesheet, he quoted Sushil as saying, “Do not leave them alive. Beat them mercilessly.”

Meanwhile, co-accused Praveen quoted Sushil as saying, “I am the gunda of this area. How can you take over my flat?" Dhiman stated that they “assaulted them with lathi, danda, hockey stick and baseball bat. Our intention was to kill Sagar and Jaibhagwan as that was what Sushil wanted… He was scared that Sagar and Jaibhagwan were collecting information on him and wanted to cause him harm (to his life); that’s why Sushil wanted to kill them…"