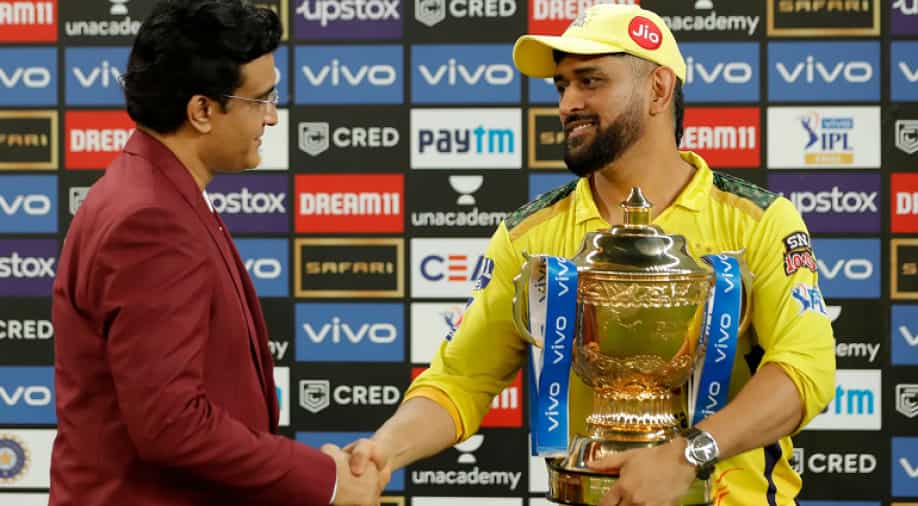 Tata are set to replace Vivo as the new title sponsors of the IPL. | Photo - IPL | Photograph:( Others )

The Tata group is all set to replace Vivo as the new title sponsor of the Indian Premier League (IPL) ahead of the 2022 season.

In what comes as a major development ahead of the start of the new season of the Indian Premier League (IPL) this year, Vivo has pulled out as the title sponsors of the league. The Chinese smartphone makers are all set to be replaced by the Tata Group as the new sponsors of the T20 league which will head into its 15th season this year.

The IPL Governing Council met on Tuesday (January 11) where it was confirmed that Tata will be the new sponsor of the league going forward. IPL chairman Brijesh Patel confirmed Vivo's exit and Tata's onboarding as the new sponsors of one of the most popular T20 leagues in the world.

"Vivo has exited and the Tatas will be title sponsors," the IPL chairman was quoted as saying by Cricbuzz. The league will now be known as 'Tata IPL' from the 2022 season. Vivo still has a couple of years left on its sponsorship deal with the IPL but Tata will now take over as the main sponsor.

Vivo won the title rights of the IPL in 2018 for a whopping sum of Rs 440 crore (INR 4.4 billion) till the 2020 season. However, Vivo had to pull out for a year in 2020 due to the tensions after India-China diplomatic standoff. Dream11 was roped in as a sponsor for a year while Vivo's deal was extended till 2023 due to the 1-year pause.

However, the Tata Group will now be the main sponsor for the 2022 and 2023 seasons. The Indian Premier League which kicked off in 2008 has gone on to become one of the most lucrative sporting events in the world and is the richest T20 league by a fair margin.

The new season of the Indian Premier League is likely to get underway in April this year. Ahead of the 2022 edition, the Board of Control for Cricket in India (BCCI) and the IPL governing council is all set to conduct a mega player auction for the ten teams.

While existing eight teams have already revealed the list of retained players, the two new teams - Ahmedbad and Lucknow can pick a maximum of three players each from the pool of non-retained ones ahead of the mega auction. The mega auction is set to be conducted in February this year.