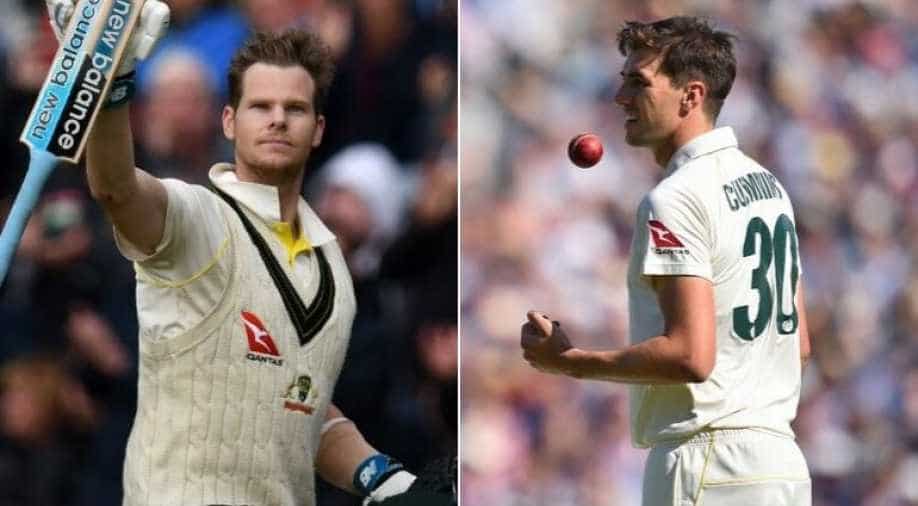 Australia batsman Steve Smith and fast bowler Pat Cummins remain at the top of the ICC Test rankings after the Ashes, which culminated with a 135-run victory for England on Sunday as the five-match series ended in a 2-2 draw.

Smith's scores of 80 and 23 have helped him remain 34 points ahead of Virat Kohli with 937 rating points, an incredible effort since he started the series in the fourth position with 857 points before his surge that came courtesy 774 runs in four Tests.

Cummins too is well clear of other bowlers as he enjoys a lead of 57 points over second-placed Kagiso Rabada after finishing as the top wicket-taker with 29 scalps.

Other players from Australia to make notable gains are Matthew Wade and Mitchell Marsh. Wade's fourth Test century has lifted him 32 places to 78th, his highest since being ranked 52nd in March 2013. Marsh's maiden five-wicket haul has helped him gain 20 places to reach 54th place, his best since March 2017.

🏴󠁧󠁢󠁥󠁮󠁧󠁿's Jos Buttler and Rory Burns have taken giant leaps in the @MRFWorldwide ICC Test Rankings for batting after the #Ashes.

Matthew Wade has also gained big after his 💯 at The Oval.

David Warner has lost seven places after the Test to finish in 24th position among batsmen. He has slid 19 places during the five matches with a tally of 95 runs in 10 innings, starting the series in the fifth position. Josh Hazlewood has dropped from 12th to eighth after briefly making to top-10 among bowlers.

For England, fast bowler Jofra Archer has moved into the top 40 for the first time after grabbing six first-innings wickets while left-arm seamer Sam Curran has gained six slots to reach 65th position with three wickets.

Jos Buttler's scores of 70 and 47 have lifted him back into the top 30 for the first time since January this year while Joe Denly's career-best score of 94 has taken him to a career-highest 57th place. Rory Burns has also moved up five places to the 56th position.