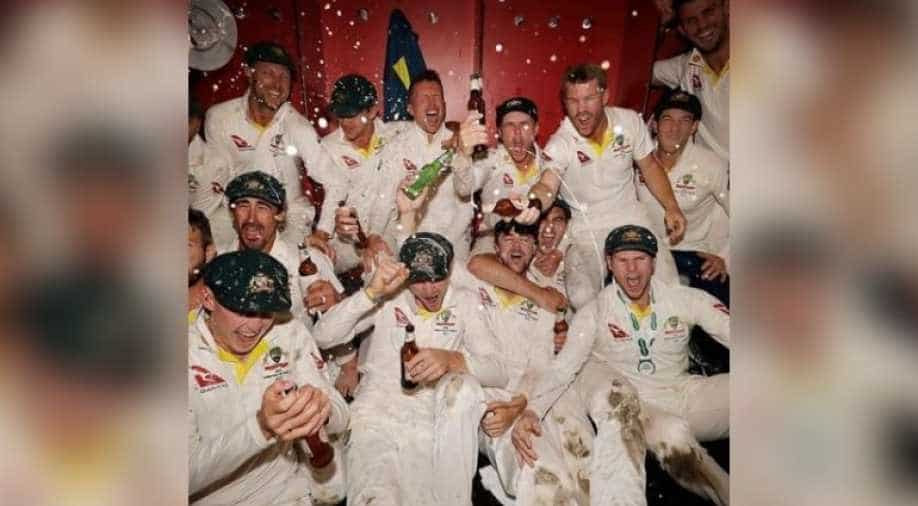 After winning the fourth Test match against England and retaining the Ashes, Australia batsmen Steve Smith and David Warner shared their team's celebratory moments with the fans.

Australia defeated England by 185 runs in the fourth Test. Steve Smith has been in a phenomenal form in the Ashes series and after missing the third Ashes Test match due to concussion, Smith made a scintillating return.

Smith scored 211 runs in the first inning and 82 in the second helping his side win the match. Moreover, Smith has amassed 671 runs and has become the second-fastest batsman to register 26 Test centuries.

However, Warner failed utterly in the fourth Ashes Test match as he was dismissed on a duck in both the innings.

Australia are now on a 2-1 lead in the series with one match left to play.

Australia and England will face each other in the final Test, beginning September 12 at the Oval.