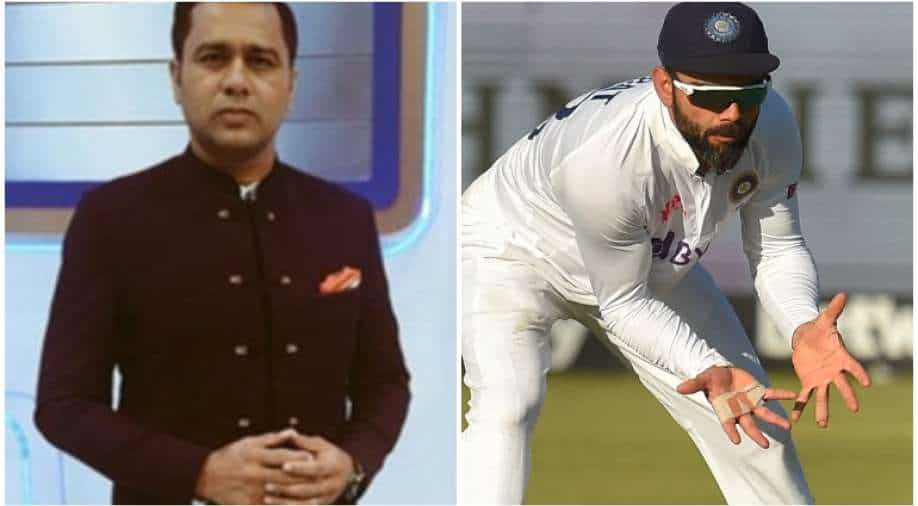 With Virat Kohli not performing with the bat, Aakash Chopra has opined on the Indian Test captain's mode of dismissals.

Former Indian opener-turned-commentator Aakash Chopra has opened up on Test captain Virat Kohli's mode of dismissals in recent times. For the unversed, the 33-year-old Indian batter hasn't been able to score an international ton since late 2019 and averages only 26.08 in Tests since early 2020.

Hence, Chopra opened up on Kohli's failures, who is out of the ongoing second Test between India and South Africa at The Wanderers, Johannesburg. The 33-year-old Kohli didn't impress even in the series opener of the three-match Tests versus SA, returning with scores of 35 and 18. In addition, his dismissals were identical by flashing away from the off-stump line.

ALSO READ | Kohli has similar numbers but people aren't questioning him: Nehra reacts to criticism of Rahane and Pujara

Thus, Chopra said on the Byju's Cricket Live Show on Star Sports on Day 1 of the J'burg Test on Monday (January 3), "Kohli can show a bit more patience. Remember the new year's Test match, Sydney 2004 when Sachin Tendulkar was getting out driving and then he didn't play a single drive. I'm not saying go down that road because Sachin had more shots as compared to Virat but then, this is the recipe."

"I don't think Kohli has too much of an issue playing the bouncers. It's just about knowing where your off-stump is. Trusting the bounce a little more so you can leave the ball a little more. It doesn't necessarily have to be on line. You don't even need to misread the line; you're not going to get bowled because the ball will be going over the stumps," added Chopra.

ALSO READ | 'One of the two have to...' - Karthik makes bold claim, predicts who could miss out on Virat Kohli's return

Kohli will be eager to return to full fitness and play the third and final Test against the Dean Elgar-led Proteas. He will also like to start 2022 with a bang by breaking is century-drought.