Kohli has similar numbers but people aren't questioning him: Nehra reacts to criticism of Rahane and Pujara 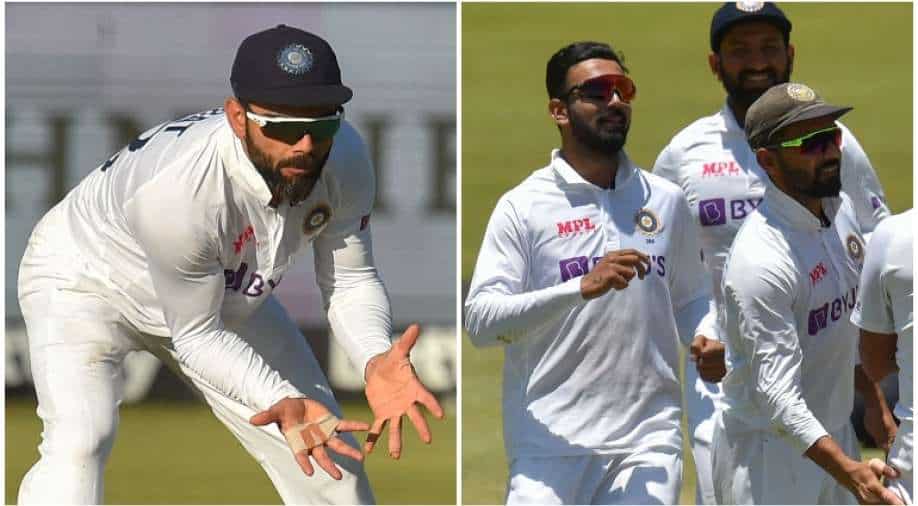 Former Indian pacer Ashish Nehra has opined on Cheteshwar Pujara and Ajinkya Rahane's struggles and also mentioned that even someone of a stature of Virat Kohli has under-performed with the bat.

A lot has been said and written about the struggles of Cheteshwar Pujara and Ajinkya Rahane. The two Test specialists have been under-performing with the bat for quite some time and their low scores in the ongoing second Test's first innings has intensified the talks for the duo's omissions.

Former Indian pacer Ashish Nehra, however, feels the two senior batters need to be persisted with for the entire three-match Test series versus South Africa. Nehra further pointed out that even someone of a stature of Virat Kohli hasn't done well with the bat. Kohli averages 26.08 in Tests since early 2020 whereas the average of likes of Rahane and Pujara also hovers around 25 during the same period.

ALSO READ | 'One of the two have to...' - Karthik makes bold claim, predicts who could miss out on Virat Kohli's return

"Even Virat Kohli has similar numbers but people are not questioning his place in the team. Obviously, he is the captain and what Kohli has done is on a completely different level from the two batters we are talking about. It is not fair to compare, but Rahane and Pujara have also been second to none at their peak, especially the latter,” Nehra told Cricbuzz.

Nehra further added, "If you have backed a player like Rahane for the 1st Test, it would be better to carry on with him for the rest of the series. Obviously, Rahane was the one who was out (officially due to injury) when Kohli came back for the second Test against New Zealand, though he led the team in the first.

"Agreed, both Pujara and Rahane have been in big trouble of late. But changing players in the middle of an important series is a big decision," he asserted further.

ALSO READ | 'All kinds of thoughts...': Manjrekar on Kohli's absence, says 'was absolutely shocked' to see him miss out

For the unversed, Rahane has scored only two half-centuries following his last Test ton in the MCG Test in late 2020. On the other hand, Pujara's last hundred came in early 2019 and, hence, both the cricketers are running against time to hold onto their respective spots in whites.

Needless to say, both Rahane and Pujara will have to score big in India's second innings of the ongoing J'burg Test or will soon perish from the Test line-up.