'All kinds of thoughts...': Manjrekar on Kohli's absence, says 'was absolutely shocked' to see him miss out 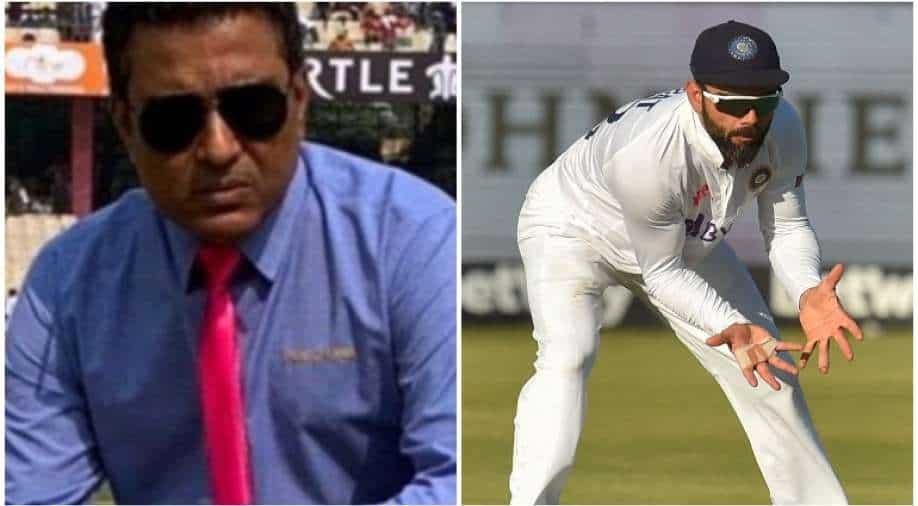 Former Indian batter-turned-commentator Sanjay Manjrekar opened up on Virat Kohli's omission and said he was 'absolutely shocked' to see the star batter miss out.

Indian fans were in for a shock when they saw KL Rahul come out for the coin toss for the second and penultimate Test between Team India and South Africa, at The Wanderers, Johannesburg on Monday (January 3). The regular captain Virat Kohli missed out due to upper back spasm. Thus, it became the first Test that the 33-year-old Kohli missed due to injury concerns, since the Dharamshala Test versus Australia in early 2017.

With India being on the cusp of winning their first-ever Test series in South Africa, Kohli would've been gutted to warm the bench as Hanuma Vihari got a chance in his place for the second Test in J'burg. Former Indian batter-turned-commentator Sanjay Manjrekar opened up on Kohli's omission and said he was 'absolutely shocked' to see the star batter miss out.

Manjrekar, speaking to ESPNCricinfo, admitted that all kinds of thoughts went through his head when he came to know that Kohli won't be part of the J'burg Test.

“I was absolutely shocked when I read that KL Rahul is walking out for the toss. All kinds of thoughts came over my mind. Various thoughts, but who would’ve thought that an injury to Virat Kohli because he’s one of those guys who never ever miss a Test match. And considering that India is in a great position to win and make history, it’s really unfortunate. It seems he’s really hurting. Shocking in many ways because it’s a surprise. And a batting setback as well despite his form.” Manjrekar said in the preview session.

On the other hand, Manjrekar also was thrilled to see Rahul's stocks rise in recent times due to his rich vein of form and the batter was rewarded to lead the side in Kohli's absence. In this regard, the former cricketer said, "There’s something about Test match performances. You have Rohit Sharma who had a great Test series vs ENG. Immediately after that, he became a captaincy candidate. If not for his injury, he would’ve captained this match,” he said.

“Test match performances really help the credibility of a player and KL Rahul’s performance in England and his 100 recently has contributed to his rise and stature in the team. Seen this with Rohit Sharma and now with KL Rahul. And this is all to do with the hard work that they put in, in England,” he added.

For the unversed, Rahul will also lead India in the three ODIs in South Africa, after the Test series, as limited-overs skipper Rohit has been ruled out due to hamstring issues.

Talking about Day 1 of the second Test, India won the toss and managed only a paltry 202 in the first innings. In reply, SA went to stumps at 35-1 as Rahul & Co. have a stiff task to prevent the Proteas from dictating terms in the penultimate Test.