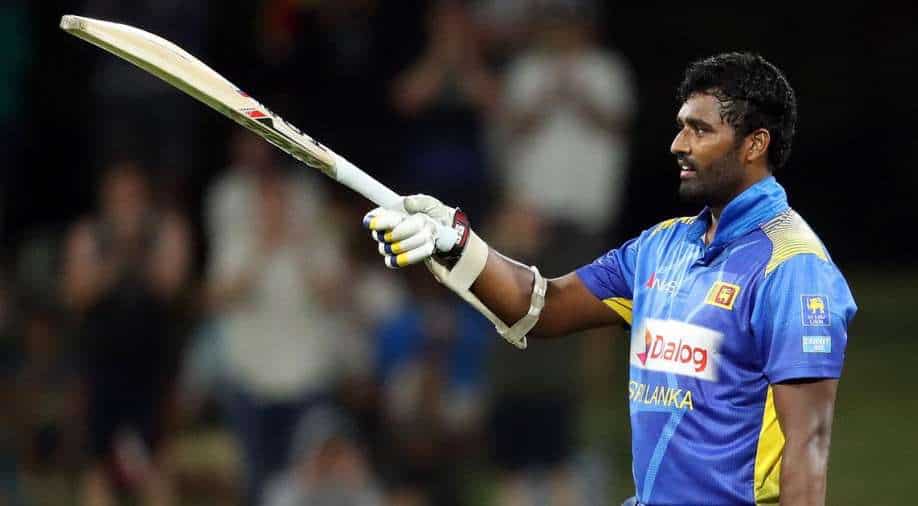 Sri Lanka all-rounder Thisara Perera has announced his retirement from international cricket. The 32-year-old featured in six Tests, 166 ODIs, and 84 T20Is. He tasted most accomplishment in the one-day design, scoring 2338 runs and getting 175 wickets.

Sri Lanka all-rounder Thisara Perera on Monday announced his retirement from international cricket. The 32-year-old featured in six Tests, 166 ODIs, and 84 T20Is. He tasted the most accomplishment in the ODI cricket, scoring 2338 runs and scalping175 wickets.

The all-rounder's choice to resign comes in the wake of reports that Sri Lankan selectors are thinking about dropping a few senior cricketers, including Thisara Perera, from the ODI side.

A senior official enlightened Newswire that Dimuth Karunaratne, Angelo Mathews, Dinesh Chandimal, Suranga Lakmal, and Thisara Perera are probably not going to be considered for the impending restricted overs visits.

Sri Lanka are ought to play an ODI series in Bangladesh, just as ODIs and T20Is in England.

While Thisara Perera last played a Test match back in 2012, he was important for the limited-overs squad that as of late visited the West Indies. He additionally drove the Jaffna Stallions to triumph in the debut Lanka Premier League before the end of last year.

Thisara Perera thanked the team captains he has served under during his international career, teammates, both past and present, the Executive Committee of Sri Lanka Cricket, Management, and the staff, for the support they extended to him during his career.

“I take pride in the fact that I was able to represent Sri Lanka in seven cricket world cups and be a contributing member of the 2014 T20 World Cup win against India in Bangladesh. Easily the highlight of My Life,’’ Perera mentioned in his letter.

“Thisara was a brilliant all-rounder, who has contributed immensely as a player to Sri Lanka Cricket and played a part in some of the glorious cricketing moments of the country,’ said Ashley De Silva, CEO of Sri Lanka Cricket, whilst paying tribute to the former Captain.

Thisara Perera turned out to be the only Sri Lankan and just the 10th player to hit six sixes in an over and the 6th to do as such in domestic cricket. Herschelle Gibbs, Yuvraj Singh, and, most as of late, Kieron Pollard have accomplished the accomplishment in global cricket.