Siraj said you're a kid, behave like a kid: Riyan Parag opens up on altercation with Harshal Patel in IPL 2022 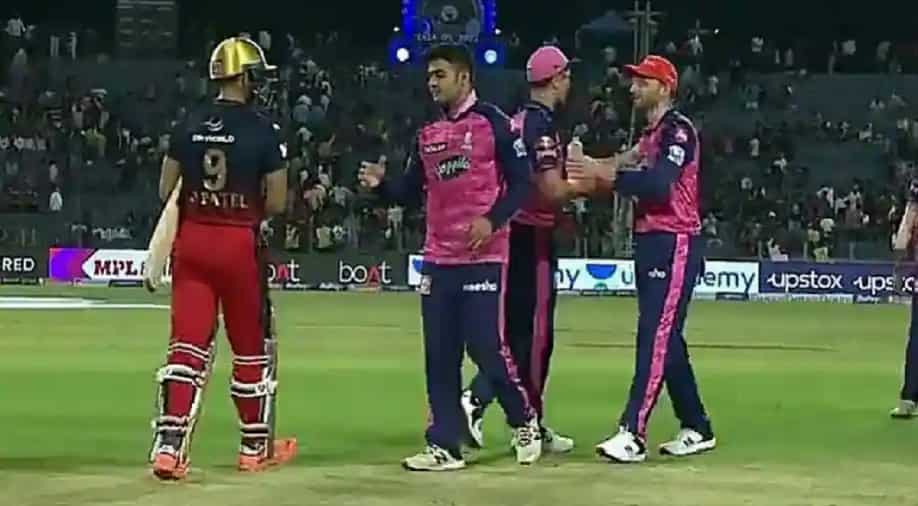 Riyan Parag opened up on his altercation with Harshal Patel during IPL 2022. Photograph:( Twitter )

Rajasthan Royals (RR) all-rounder Riyan Parag recently opened up on his altercation with Royal Challengers Bangalore (RCB) pacer Harshal Patel during the recently-concluded Indian Premier League (IPL) 2022 season. Parag and Harshal were involved in a heated argument during a clash between RCB and RR before the latter refused to shake hands with the RR all-rounder during the routine handshakes between the players of the two sides.

The footage of Harshal refusing to shake hands with Parag had gone viral on social media and became one of the major talking points after the game. The incident happened when RCB and RR locked horns against each other at the MCA Stadium in Pune. Parag slammed his first half-century of the season in the game and had slammed Harshal for 18 runs in the last over of RR innings.

The duo were involved in a verbal spat during the last over after Parag took Harshal to the cleaners. However, that was not the end as Harshal later ditched Parag and didn't shake his hands after RCB lost the game. Parag recently opened up on his altercation with the RCB pacer and revealed what led to the heated clash between the duo.

“Last year, Harshal Patel had dismissed me when we were playing against RCB. I was walking back. Then, he made a hand gesture telling me to go away. I didn't see that on the spot. I saw that when I went back to the hotel and saw the replay. It stuck in my mind since,” Parag said on a gaming stream for Rooter.

Parag revealed it was RCB pacer Mohammed Siraj who tried to warn him about behaving properly after the RR star's altercation with Harshal. He also stated that Harshal didn't say anything but labelled his decision to not shake hands with him was 'immature'.

"When the innings ended, Siraj called and said, “Hey, come here, come here'. He said, 'you're a kid, behave like a kid'. I told him, 'bhaiya, I'm not saying anything to you'. By then, players from both the teams came and it ended there. Later, Harshal didn't shake my hand. which I thought was a little immature,” Parag revealed.

Also Read: 'I have not followed Waqar Younis': Umran reveals his 3 idols after comparisons with ex-Pakistan pacer

RCB and Rajasthan Royals later met in the second Qualifier in the knockout stages of IPL 2022 where Sanju Samson's men knocked out Faf du Plessis & Co. to reach the final for the second time in their history. However, RR lost against Gujarat Titans in the final to miss out on their second title.