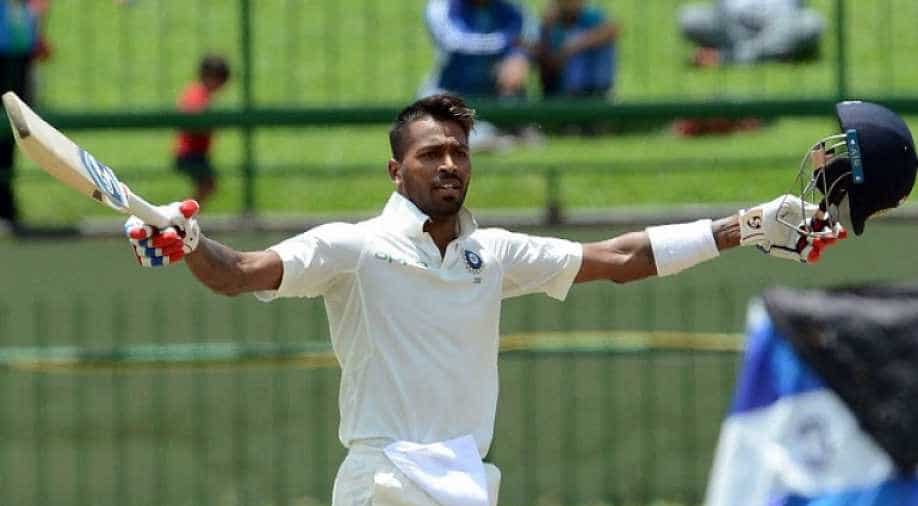 '... I have made certain statements without realising that these could be disrespectful and offend sensitivities of viewers for which I am sincerely regretful,' Pandya told the BCCI.

Cricketer Hardik Pandya has told the BCCI that he is "sincerely regretful" for the sexist comments he made on a television show.

"I made an appearance on the chat show where I have made certain statements without realising that these could be disrespectful and offend sensitivities of viewers for which I am sincerely regretful," PTI quoted Pandya as saying in his statement to the Board of Control for Cricket  in India.

Pandya made his comments on the Koffee with Karan show — he talked about his success with women and the trouble he had with remembering their names — hosted by film director Karan Johar. Pandya's teammate KL Rahul had been on the show too but he was more restrained in his comments.

Both were show caused by the BCCI on Wednesday and given 24 hours to reply. Rahul has not yet responded.

"I would like to assure you that there was no malice or any sort of ill-intent on my part to offend anyone or portray any section of the society in bad light," Pandya said in his statement.

Pandya added that he would exercise both "discretion" and "prudence" in the future.

"I made these statements in the flow of the show and had not comprehended the extent to which my statements would be found offensive. Rest assured I hold the BCCI in highest regard and will exercise complete discretion and prudence to ensure that such incidents are never repeated in future," he said in his statement.

"I will have to check their explanations. At this point, I cannot commit what action will be taken," PTI quoted Vinod Rai, chairman of the Committee of Administrators which runs the BCCI, as saying.