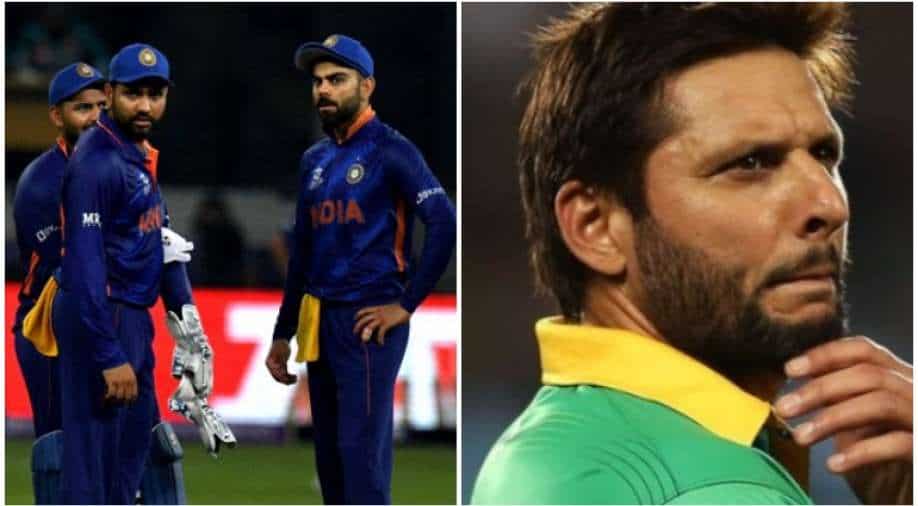 Former Pakistan all-rounder and captain Shahid Afridi has opened up on Rohit Sharma's new role as T20I captain and also had a word of advice for Virat Kohli.

With Rohit taking over, many are looking forward to how he will respond to the challenge of leading the national side in T20I format. Given that he is the most successful captain in IPL history, with five titles for the Mumbai Indians, expectations are high from the Hitman. Ahead of his tenure, former Pakistan all-rounder and captain Shahid Afridi has opened up on Rohit's new role and also had a word of advice for Virat, the outgoing T20I skipper.

"As far as Rohit is concerned, this was on the cards. I have played with him for a year (at Deccan Chargers). He is an outstanding player with terrific shot selection. He stays relaxed where required and shows anger when needed to as well. We will see both sides. Like I said, this captaincy move was bound to happen. He should definitely be given a chance," Afridi said on Samaa TV.

"I think Virat should take the decision to continue as only a player. There will be relatively less pressure, he has played plenty of cricket too. He will enjoy his cricket and batting because captaining a team is not easy, especially in countries like India and Pakistan. As long as you are captaining well, things go smooth," added Afridi.

It will be interesting to see if Kohli steps aside as the national side's captain across formats and continues only as a player. The 33-year-old currently holds the captaincy post in the ODI and Test setup.

Recently, former Pakistan spinner Mushtaq Ahmed predicted that Kohli will retire from the shortest format very soon, in order to stretch his international career. Only time will tell what is in store for King Kohli.