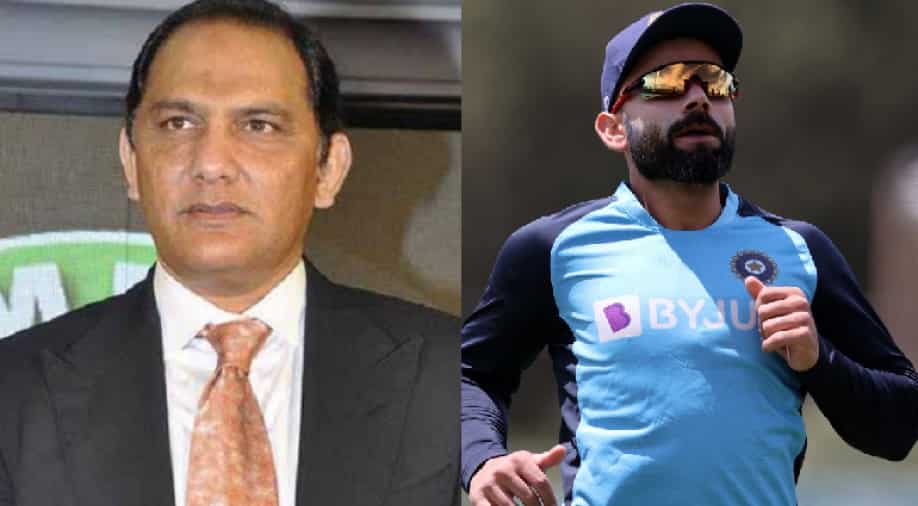 Former India captain Mohammad Azharuddin has named a player who he feels should lead the Indian team in Tests after Virat Kohli's resignation.

The search for Virat Kohli's successor as India's next Test captain has already commenced after the latter's shocking announcement last week. Kohli stepped down as the captain of the Indian Test team last week after the visitors lost 2-1 in the recently-concluded three-match Test series against South Africa.

Kohli had earlier stepped down as India's T20I captain last year before being replaced by Rohit Sharma as the ODI captain of the team. After losing white-ball captaincy, Kohli decided to give up the leadership position in Tests as well and will continue playing as a batter for India going forward across all three formats of the game.

Rohit, who is India's present white-ball captain is one of the favourites to take over as the new skipper in Tests while the likes of KL Rahul, Rishabh Pant and Jasprit Bumrah have also been backed by many to replace Kohli. Former India captain Mohammad Azharuddin also shared his views on the debate and backed Rohit to replace Kohli.

When asked to name his captaincy choice in the longest format, Azharuddin said he would not look too far ahead and would give the opportunity to Rohit to lead the team as he is going to be around for the next 2-3 years at least. Rohit is currently 34 and has a lot of cricket left in himself.

Also Read: 'I broke down': When Virat Kohli revealed he cried after MS Dhoni's Test retirement in 2014

Azharuddin also pointed out that the Test captaincy cannot be handed to an inexperienced youngster as it might not be the ideal move. While he backed Rohit, Azharuddin insisted Rohit will have to ensure he is able to up his fitness levels and manage his frequent injuries.

"I feel seeing 5-6 years ahead is a long time. You should definitely look forward but need to see immediate as well. Just to look forward, you cannot give to an inexperienced player, which might cause a problem," Azharuddin said during a discussion on India News.

"I feel Rohit Sharma is a good player and can be a very good captain. He might play cricket for another two or three years, he might play more as well but his fitness will be very important because his hamstring becomes weak repeatedly," added the former India captain.