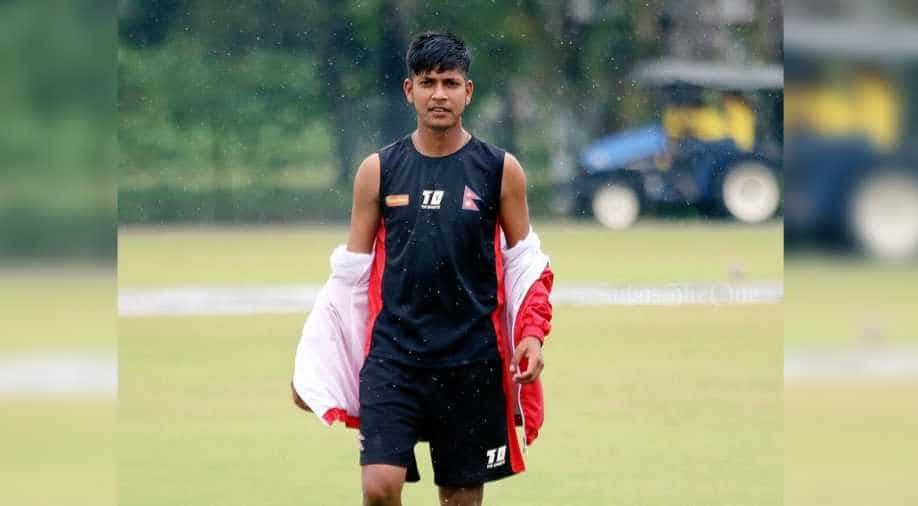 Sandeep Lamichhane is the first player from Nepal to play in the XIth edition of Indian Premier League which will start from April 6 in Mumbai while the first match of the new season will be played at the same venue on April 7.

Sandeep Lamichhane hails from a very small district named Syangja in Nepal which is 200 km to the west of Kathmandu.

He is very serious about cricket. He moved to many cities to get better opportunities and also to improve his game.

Sandeep Lamichhane today became the first cricketer from Nepal to land an IPL contract when he was picked by Delhi Daredevils.

This 17-year-old kid has played U-19 for Nepal Cricket Team and his bowling style is leg break googly. The leg-spinner rose to prominence with a successful outing at the 2016 U-19 World Cup where he guided Nepal to a creditable eighth place.

He hogged the limelight by becoming the second-highest wicket-taker in the tournament with 14 scalps in six innings at an average of 17 and an economy of 4.67.

Sandeep had scalped five wickets in two warm-up games and was also part of Nepal's first match against New Zealand, which they won by 32 runs.

"I grew up in Syangja and then moved to Chitwan, which is my hometown now," he told ESPNcricinfo.

"I moved to Chitwan three years ago because of parents and better cricket opportunities. I started playing at nine. My father and older brother supported me as they are both fond of cricket," he added.

"I used to watch videos of Shane Warne and my coach helped me become a leg-break bowler. I'm also following Adil Rashid these days but Shane Warne forever," he said.

He had received an invitation from former Australian captain Michael Clarke to represent the Sydney-based club Wester Suburbs. He was also trained at Clarke's cricket academy in Sydney during the course of his season-long stay in Australia.

In the XI edition of IPL auction, Delhi Daredevils has bought Sandeep for  Rs. 20 lakhs. With this, he became the first player from Nepal to play in IPL.