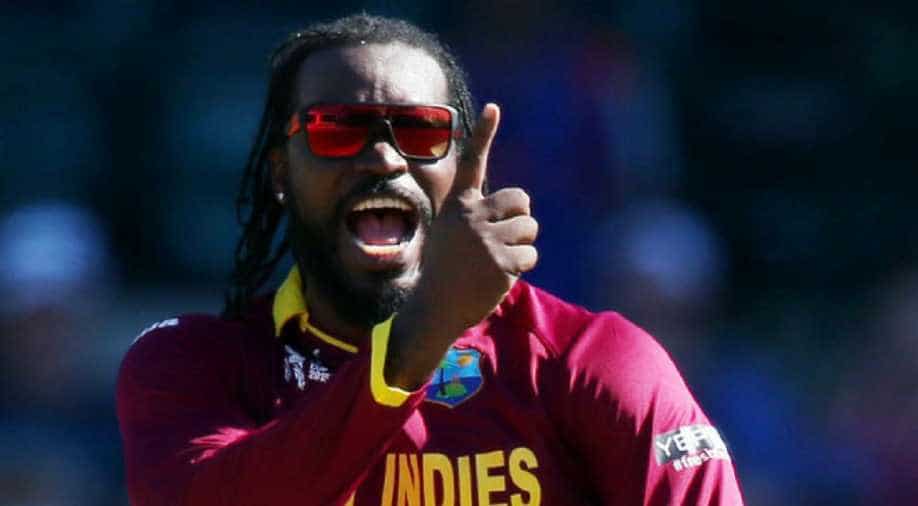 While Unadkat and Tye enjoyed big pay day, 17-year-old Sandeep Lamichhane made history by becoming the first cricketer from Nepal to be bought in the auction with Delhi Daredevils picking him up for his base price of Rs 20 lakh.

After leggie Rashid Khan took home Rs 9 crore on the opening day, another Afghanistan spinner Mujeeb Zadran, all of 16 years, was richer by Rs 4 crore when KXIP made the winning bid for the teen sensation.

Nepal's Lamichanne had first hogged the limelight by becoming the second-highest wicket-taker during the 2016 U-19 World Cup in Bangladesh with 14 scalps in six innings at an average of 17 and his effort included a hat-trick.

That led to former Australia captain Michael Clarke inviting the leg-spinner to play for his team Western Suburbs in the NSW Premier Cricket season in Australia.

Much to the relief of Chris Gayle fans, the West Indian opener finally found a buyer towards the end of the day when KXIP bought him for his Rs 2 crore base price.

Gayle was brought into the auction pool for the third time after going unsold twice.

Afghan teenager Zadran has already played the highest level and is currently part of the U-19 World Cup squad in New Zealand. His teammate in New Zealand, Zahir Khan, went to Rajasthan Royals for Rs 60 lakh.

KXIP and RR went into the auction with the biggest purse having retained only one player. RR continued spending big on day two and KXIP too was not far behind.

However, by the end of the day, KKR left both of them behind by using their entire purse of Rs 80 crore despite buying the fewest players, 19.

Barring CSK, who still have Rs 6.5 crore to work with, all teams have almost utilised their purse.

The Royals, known for their wise spending, began day two with a bang splurging some more to Karnataka off-spinner Krishnappa Gowtham for Rs 6.2 crore.

The expensive shopping spree was not to end there as they got Unadkat after his price skyrocketed to Rs 11.5 crore from a base price of Rs 1.5 crore following a bidding war between Chennai SuperKings and Kings XI Punjab. Rajasthan Royals, however, had the last laugh.

Unadkat was sought after because of his specialist T20 skills and the fact that he took 24 wickets at 13.41 for Rising Pune Supergiant last season. He was also the man of the series in India's previous T20 series against Sri Lanka.

Royals had also made the auction's most expensive buy yesterday, picking up England all-rounder Ben Stokes for Rs 12.5 crore.

Their another costly purchase was offie Gowtham, who was sold for 31 times his base price of Rs 20 lakh.

Teams continued with their strategy of going after the Indian players.

Jharkhand spinner Shahbaz Nadeem was bought back by Delhi Daredevils for Rs 3.2 crore and Mohammad Siraj was picked up by RCB for Rs 2.6 crore.

Like yesterday, KKR targetted the budding talent, picking up another India U-19 performer Shivam Mavi for Rs 3 crore after buying Kamlesh Nagarkoti and Shubman Gill on day one.
At a base of price of Rs 50 lakh, CSK got a bargain in South African pacer Lungi Ngidi.

For a moment, it seemed that no Sri Lankan would catch the team's attention until Akila Dananjaya was taken for his base price of Rs 50 lakh. Dushmantha Chameera became the second Sri Lankan after Royals paid Rs 50 lakh for the medium pacer.

Former Australia pacer Mitchell Johnson was brought back into the pool for the second time and was picked up by KKR for Rs 2 crore.

However, there were no takers for big international names such as South Africa's Dale Steyn and Morne Morkel, England's Eoin Morgan, New Zealand's Corey Anderson and Martin Guptill, and Australian Shaun Marsh.

With few big deals and some heart-rending dropouts, the auction for the 11th edition of IPL ends here.

Chris Gayle bought at the base price, Rs. 2 cr. by Kings XI Punjab.

Anukul Roy becomes our second player from Jharkhand! His all-round abilities can prove to be useful at MI!#MISquad2018 #IPLAuction #CricketMeriJaan pic.twitter.com/sorwfyyz6L

First Sri Lankan to make it to the #MISquad2018

MI will not have any shortage of young talent! Mayank Markande is the latest addition to that list.#IPLAuction #MISquad2018 #CricketMeriJaan pic.twitter.com/BMuzNslsVX

Even Indian opener remained unsold yesterday, but today he goes to Chennai for Rs. 2 Cr and will play along with MS Dhoni and Suresh Raina.

Take a look at the team purses at Lunch on Day 2 VIVO #IPLAuction pic.twitter.com/sZYsFyACWP

.@yuzi_chahal is a world class leggie, @chriswoakes is a ???? allrounder. You've heard it plenty of times from us, now hear it from Dan and Trent ! #PlayBold #BidForBold pic.twitter.com/36jopePK7w

A very warm welcome to Nepal at IPL.

"I am happy with the squad," Akash Ambai.

The talented Keralite southpaw makes his way to the #OrangeArmy .
Welcome home Sachin Baby.
Are you ready to #LiveOrange ?#IPLAuction pic.twitter.com/yWBTvoGtv7

Here's an update on the purse remaining for each team at VIVO #IPLAuction pic.twitter.com/X96manccj1

It brings us great joy to have another Afghan back into our squad.
Let’s welcome @MohammadNabi007, the tiger we were all waiting for.
Rawr! ????#IPLAuction#LiveOrange pic.twitter.com/WjrGQdsevL

Trent Boult is sold to Delhi Daredevils for Rs. 2.20 cr.

Jaydev Unadkat becomes most expensive purchase of the day after a fierce bidding he is sold to Rajasthan Royals for Rs. 11.5 cr.

Next up is Sandeep Sharma.

Rajasthan Royals use their RTM to retain Dhawal Kulkarni for Rs. 75 lakhs.

A fierce bidding is going on for Mohit Sharma.

Mohammad Nabi is sold to Hyderabad for Rs. 1.00 cr.

Ben Cutting is sold to Mumbai for Rs.2.2 Cr.

It's time for players from Afghanistan.

Next bidding is for Corey Anderson.

Gurkeerat is sold to Delhi Daredevils for Rs. 75 lakhs.

Daniel Christian is sold for Rs. 1.5 cr and Jayant Yadav is sold to Rs. 50 lakhs to Delhi Daredevils.

RCB use their RTM card to retain Pawan Negi for Rs. 1.00 cr.

Saurabh Tiwary is sold to Mumbai Indians for Rs. 80 lakhs.

Gowtham Krishnappa is sold to Rajasthan Royals for a whopping Rs. 6.20 cr.

Some steals and some big buys at a very productive day in the Vivo #IPLAuction! What are your opinions about our buys on day 1?#IPLAuction #DilDilli pic.twitter.com/f0Tj9etwar

Rahul Chahar is sold to Mumbai Indians for Rs. 1.90 cr.

Shahbaz Nadeem is sold to Delhi Daredevils for Rs. 3.20 cr.

It's a short, comfortable and familiar journey for Shahbaz! This will help. ???? pic.twitter.com/WdXLincGw5

At the end of Day 1 at VIVO #IPLAuction, this how the team's are placed in terms of their purse and composition. pic.twitter.com/VUpHTTl2uW

Top ten buys on the first day of IPL auction:

Afghanistan spinner Rashid Khan was retained by Sunrisers Hyderabad for Rs. 9 crores after a fierce bidding between Kings XI Punjab and Royal Challengers at the ongoing 2018 IPL auction in Bengaluru.

CSK who were expected to pick up Ashwin didn’t bid at all.