Salman Butt on chances of Rohit replacing Kohli as Test captain: Will be clear, there is tension between them 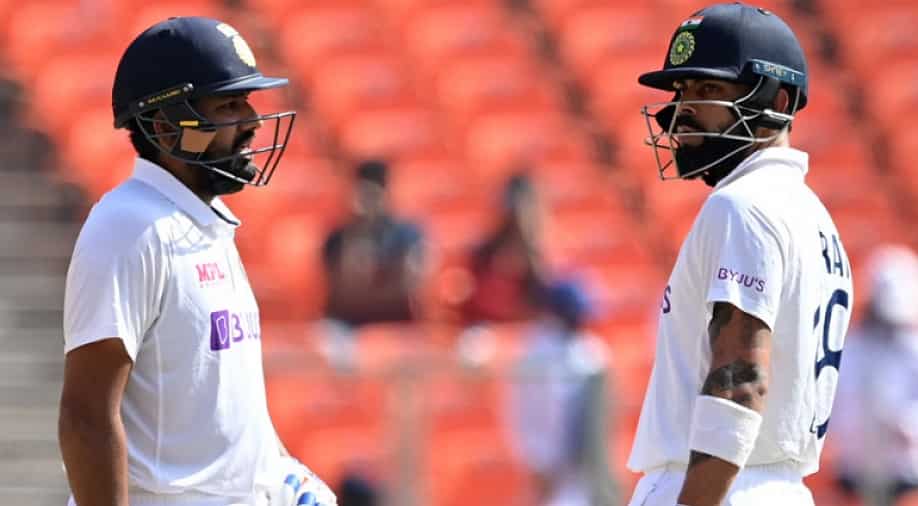 Can Rohit Sharma be asked to replace Virat Kohli as India's Test captain in the future? Photograph:( AFP )

Former Pakistan captain Salman Butt has given his take on the chances of Virat Kohli getting replaced by Rohit Sharma as India's Test captain after ODIs.

Ever since Virat Kohli was sacked as ODI captain of the Indian cricket team and replaced by senior batter Rohit Sharma, there have been reports of a rift between the duo. Reportedly, all is not well between the two superstars of Indian cricket, however, Kohli had recently rubbished the rumours of a rift with Rohit during his press conference ahead of India's tour of South Africa.

Kohli said both Rohit and head coach Rahul Dravid will have his full support as far as India's limited-overs teams are concerned. While the ongoing controversy surrounding the change in ODI captaincy followed by Kohli and Sourav Ganguly's contradicting comments have left many fans and former cricketers divided, former Pakistan captain Salman Butt has given his take on the chances of Rohit replacing Kohli as the Test skipper of the Indian team in the future.

Butt believes there are very slim chances of BCCI taking a decision to replace Kohli with Rohit as India's Test captain in the future, however, he insisted if the move materialises, it will confirm there is tension between the duo and that they are not getting along well in the dressing room.

“I don’t think it should happen; it won’t be of any benefit. But I can’t say whether it will happen or not. If it happens, it will be clear that there is tension between them and that they are not getting along very well,” Butt said in a video on his YouTube channel.

Butt said he will be surprised and many eyebrows will be raised if Kohli is sacked from Test captaincy after failing to lead India to a series win in the upcoming three-match rubber against South Africa. The former Pakistan cricketer argued that Kohli's credentials as a Test captain are the best among all Indian captains and it will not be a good move if he is sacked.

“There can’t be any other reason to snatch the captaincy away from a captain who has won the most number of matches abroad among all other Indian skippers. One series shouldn’t affect his captaincy. I don’t think it will happen and the lesser they happen, the better. And if they happen often, then that’s harmful for cricket,” said Butt.

Kohli is the most successful Indian Test captain of all time with 39 wins in 66 matches. He is just three wins away from surpassing Steve Waugh as the third-most successful captain in Test history.