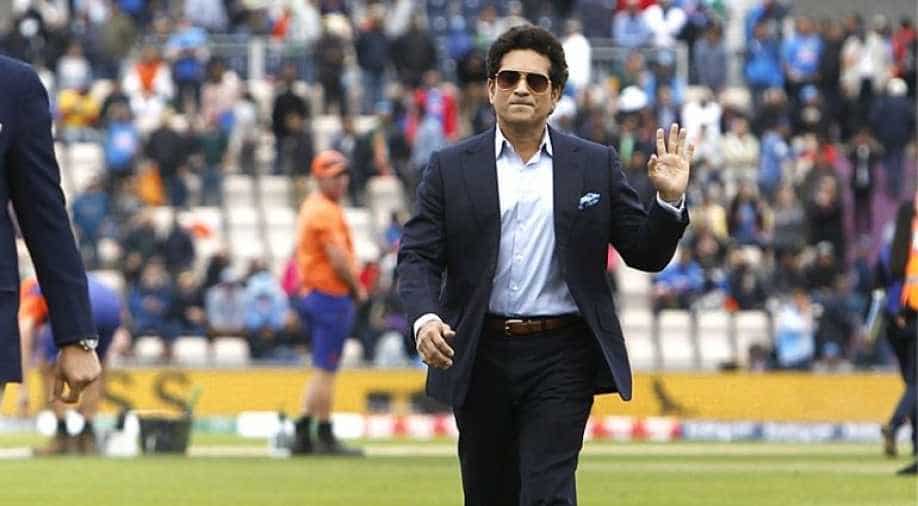 Tendulkar took to twitter to dedicated his award to India, his teammates, fans and well-wishers across the world who support Indian Cricket.

Sachin Tendulkar thanked his fans for a massive win at the Laureus Award for Sporting Moment. The Indian cricketing legend took to twitter to dedicated his award to India, his teammates, fans and well-wishers across the world who support Indian Cricket.

Thank you all for the overwhelming love and support!

I dedicate this @LaureusSport award to India 🇮🇳, all my teammates, fans and well wishers in India and across the world who have always supported Indian cricket.#SportUnitesUs #Laureus20 #SportForGood pic.twitter.com/wiqx0D9e2E

Sachin Tendulkar's famous lap in Wankhede after 2011 ICC World Cup win has been awarded the prestigious Laureus Award. After ICC World Cup final win, Tendulkar was carried on the shoulders of his teammates. Virat Kohli (who was among those who carried Tendulkar), had said that "Tendulkar has carried the burden of the nation for 21 years; It was time we carried him."

The category was open to public voting and the winner was to be decided based on maximum votes, Sachin Tendulkar won the award after receiving mammoth votes.

Sachin Tendulkar had been a key player for the Indian cricket team during his tenure for the Men in Blue (1989-2013) scoring 34,357 runs across all formats. He recently was a part of the 'Bushfire cricket Bash', where he coached Pontings' XI, and also played an over bowled by Ellyse Perry.

Coronavirus: Formula One in talks for races behind 'closed doors'