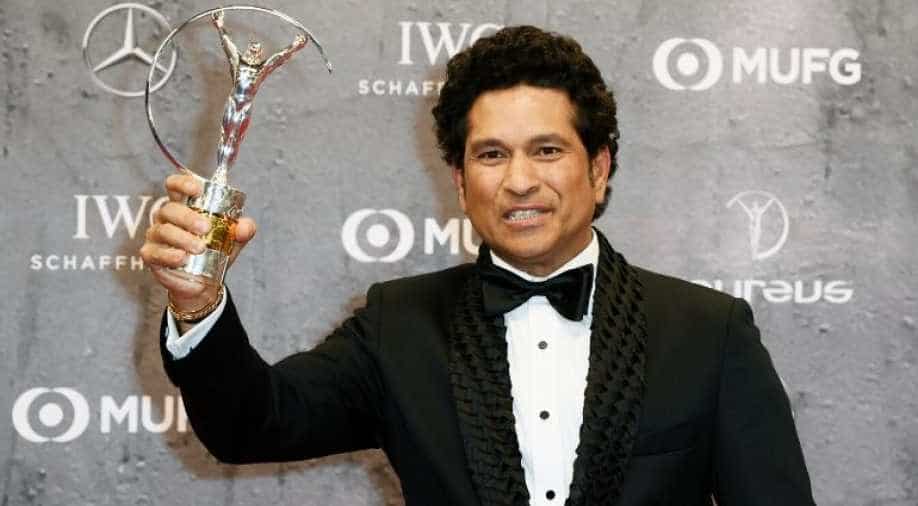 Sports News: The foundation launched this category for public voting, and Sachin Tendulkar got the most votes.

Sachin Tendulkar's famous lap in Wankhede after 2011 ICC World Cup win has been awarded the prestigious Laureus Award. After ICC World Cup final win, Tendulkar was carried on the shoulders of his teammates. Virat (who was among those who carried Tendulkar), had said that "Tendulkar has carried the burden of the nation for 21 years; It was time we carried him."

The moment that had been nominated by the Laureus Sports Foundation was called "Carried On the Shoulder Of A Nation".

The foundation launched this category for public voting, and Sachin Tendulkar got the most votes.

A powerful, strong and moving tribute to a room full of sporting legends from @sachin_rt in honour of Nelson Mandela and the incredible power of sport to unite and inspire 👏#Laureus20 #SportUnitesUs pic.twitter.com/0z3mNatUFh

The Laureus Sporting Moment Award is for the moments when sports has been a reason for the unification of people. ICC World Cup 2011 was Tendulkar's sixth attempt since 1983, after the win players

Sachin Tendulkar had been a key player for the Indian cricket team during his tenure for the Men in Blue (1989-2013) scoring 34,357 runs across all formats. He recently was a part of the 'Bushfire cricket Bash', where he coached Pontings' XI, and also played an over bowled by Ellyse Perry.

Sportsman of the Year: Lewis Hamilton and Lionel Messi

Sportswoman of the Year: Simone Biles

Breakthrough of the Year: Egan Bernal

Comeback of the Year: Sophia Floersch

Sportsperson of the Year with a Disability: Oksana Masters

Best Sporting Moment: 'Carried on the shoulders of a nation' – Sachin Tendulkar