Rohit Sharma knows how to handle such situations, MI have come back from lows in past: Jaydev Unadkat 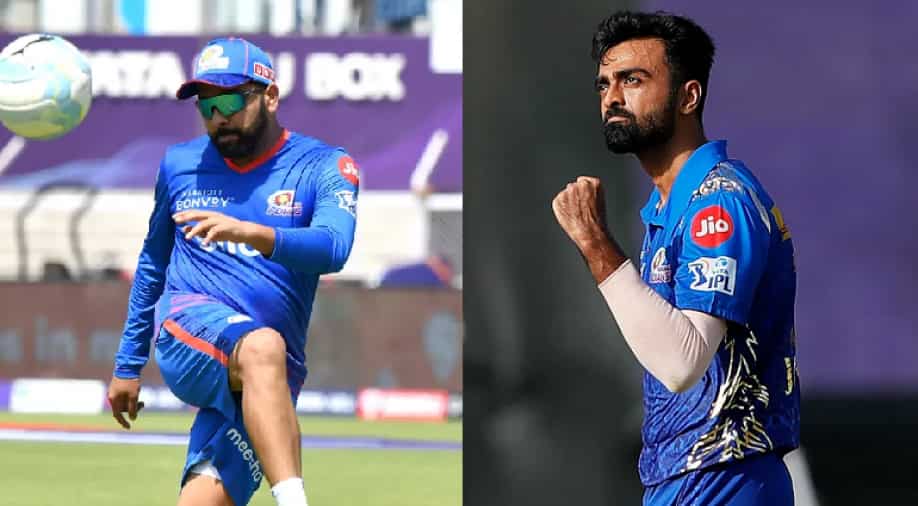 Mumbai Indians (MI) have suffered six straight defeats in the Indian Premier League (IPL) 2022 as they are yet to get off the mark in the ongoing season.

Mumbai Indians (MI) have had a disastrous start to their campaign in the ongoing Indian Premier League (IPL) 2022. The Rohit Sharma-led side have suffered six straight defeats in their first six matches as they are yet to bag their first win of the season. However, MI pacer Jaydev Unadkat is still confident of the franchise's chances of bouncing back this season as he believes captain Rohit Sharma is experienced enough to handle the situation.

MI had to let go of a number of big names ahead of the IPL 2022 mega auction earlier this year as the likes of Trent Boult, Hardik Pandya, Krunal Pandya and Quinton de Kock were all released by the five-time champions. They spent big money on the likes of Ishan Kishan, Tim David and Jofra Archer among others at the auction.

While Archer is not available in the ongoing season, David was dropped from the playing XI after a couple of matches as MI have struggled to find the ideal team combination to bag their first win of the season. Their bowling attack has struggled massively as Bumrah has lacked a wicket-taking partner alongside him in the pace attack.

Also Read: Can an IPL game be postponed in case of COVID-19 outbreak in a team's camp? Here's what BCCI rules say

Speaking at the pre-match presser ahead of their much-anticipated clash against arch-rivals Chennai Super Kings (CSK), Unadkat spoke about MI's poor start to the season and said the battle-hardened five-time champions have seen highs and lows in the past. The left-arm pacer believes it's not time to panic despite the poor results.

"This team has seen it all. They have the most number of trophies, they have seen lows, they have come back from those lows too," Unadkat said.

"Someone like Rohit obviously knows how to handle the situation. It's always important to not panic when you're not doing well, because to come out of that situation, you need calmness in the mind. When that's there, you make the right decisions. Every one of us has to be on that page where we're calm in the middle," he added.

Like Mumbai Indians, defending champions Chennai Super Kings have also had a woeful start to the season with five losses in six matches so far this season. Both the teams will be desperately looking for a win and bring an end to their losing streak. Unadkat feels the pressure is going to be there but MI will take one game at a time as they hope to stage a comeback.