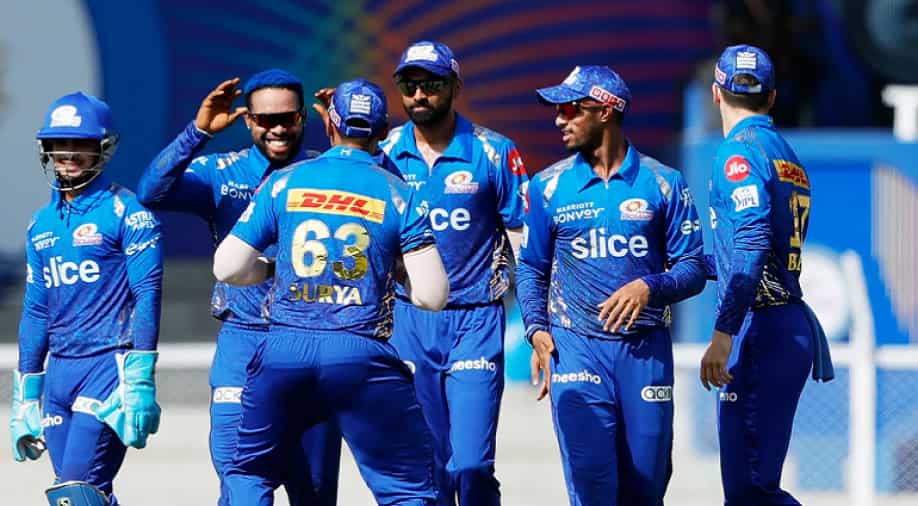 Mumbai Indians are reportedly looking to sign an Indian pacer, who went unsold at the IPL 2022 mega auction and is currently part of the Hindi commentary team for the tournament.

Mumbai Indians (MI) have had the worst possible start to their campaign in the ongoing Indian Premier League (IPL) 2022 after six straight defeats in their first six matches this season. The Rohit Sharma-led side is currently reeling at the bottom of the points table yet to register their first points this season.

Mumbai Indians' bowling attack has been their biggest concern so far this season as Jasprit Bumrah has lacked a quality partner with the new ball and in the death overs. MI's domestic pacers lack experience while the overseas ones have been taken to the cleaners by most teams so far this season.

MI also lack a wicket-taking spinner who can trouble opposition teams in the middle-overs as Murugan Ashwin has failed to live up to the expectations as the lone spinner in the line-up. MI are reportedly planning to bolster their bowling attack and are set to sign Indian pacer Dhawal Kulkarni for the remainder of the IPL 2022 season.

Kulkarni, who is an experienced campaigner in the IPL, was part of the mega auction in February this year but had gone unsold as no teams showed interest in securing his services for the ongoing season. However, MI skipper Rohit feels Kulkarni, who hails from Maharashtra can prove to be useful in home conditions.

Kulkarni had joined IPL's Hindi commentary team after going unsold and is currently on commentary duties during the season. However, as per a report in the Times of India, he is likely to join Mumbai Indians by the end of April.

"MI skipper Rohit Sharma was keen on adding Kulkarni to strengthen their pace attack. Being from Mumbai, he's aware of how to bowl in Mumbai and Pune, where IPL-15 is being held," a source was quoted as saying by the Times of India.

Kulkarni had started his IPL career with Mumbai Indians back in 2008 and was with the five-time champions till 2013. He then moved to Rajasthan Royals where he played till 2015 before joining the now-defunct Gujarat Lions in the 2016 season.

Kulkarni was bought back by RR in IPL 2018 and spent two seasons with the side before joining Mumbai Indians for the 2020 and 2021 seasons. The right-arm pacer has so far played 92 matches in his IPL career and has 86 wickets to his name. It remains to be seen if MI will officially make a move for him this year.