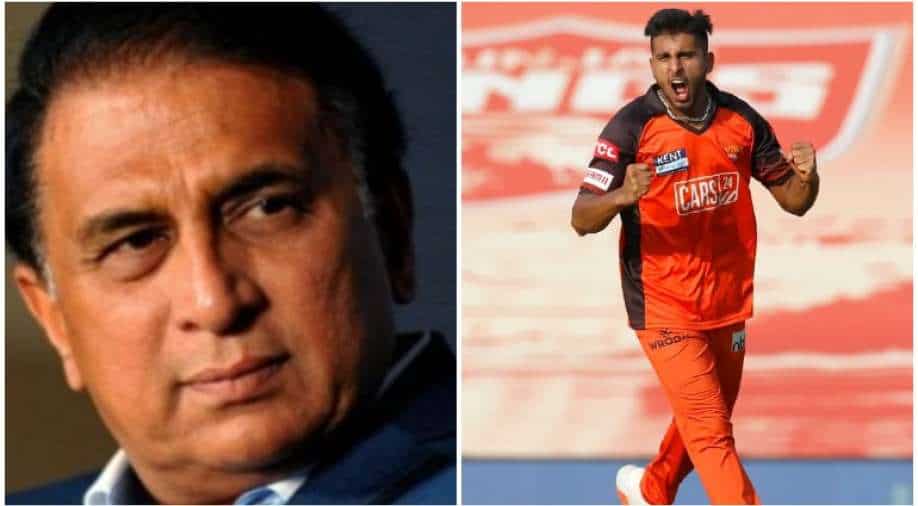 Umran Malik had made heads turn in last year's IPL. As a result, he was one of the net bowlers for Team India during their 2021 T20 World Cup, in the UAE. In IPL 2022, the SRH pacer has continued earning plaudits from the cricketing fraternity with his wicket-taking ability and raw pace.

So far, Umran has accounted for nine wickets in six games at an average of 22.33. Thus, he has grabbed the attention of former Indian opener-turned-commentator Sunil Gavaskar and the Little Master has made a bold claim on the pacer. Gavaskar revealed what has impressed him the most with regard to Umran and predicted that a debut for Team India isn't far away for the 22-year-old speedster.

"Umran Malik has been very, very impressive with his speed but more than his speed, it's his accuracy (that's impressed). A lot of guys who bowl at that speed tend to spray the ball around but Umran bowls very few wide deliveries," Gavaskar told Star Sports.

ALSO READ | How newbies Gujarat Titans, Lucknow Super Giants have been the giant-killers in IPL 2022

"If he can control the wides down the leg side, he will be a tremendous bowler because that will mean he'll be attacking the stumps all the time, and with his pace, it's not easy to hit straight. If he bowls wicket-to-wicket, he is pretty much going to become an unplayable bowler. He's going to play for India," the former Team India skipper added.

Umran was the star performer for SRH in their fourth successive win in IPL 2022 when they thrashed Punjab Kings (PBKS) by 7 wickets in match 28 on Sunday (April 17). The youngster returned with 4-0-28-4 as he continues to raise his stocks and make a strong claim to be added in the Team India setup sooner than later.