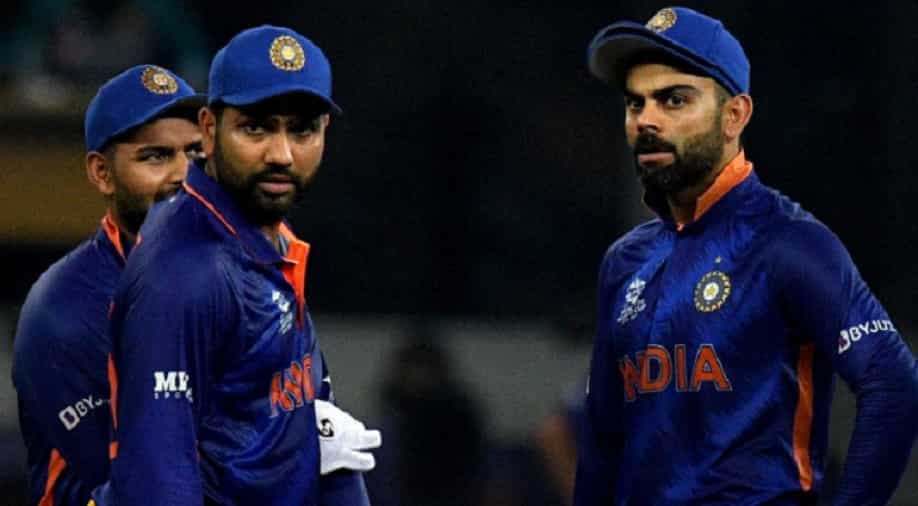 Virat Kohli and Rohit Sharma will have to work together to take Indian cricket forward. Photograph:( AFP )

Former selector Saba Karim believes Virat Kohli and Rohit Sharma will have to focus on the bigger picture and work towards taking Indian cricket forward together.

The Indian cricket team is going through a transition period after a change in leadership post Virat Kohli's exit as captain across all formats. While Rohit Sharma has taken over the charge in limited-overs formats, the selectors are yet to take a call on who will be India's next Test captain.

Kohli's decision to step down as Test captain came after the team's 2-1 defeat against South Africa away from home. Ever since his shocking announcement, there have been rumours of all not being well inside the Indian dressing room. Questions have also been raised on the body language of the players and the relationship between Kohli and Rohit.

Former India cricketer and national selector Saba Karim recently shared his views on the change in leadership and the environment in the Indian dressing room at present. Karim believes both head coach Rahul Dravid and captain Rohit Sharma need to discuss the team's culture and expectations that they have from Kohli going forward.

The former selector also stated that both Rohit and Kohli need to sort out their differences, if there are any and focus on the bigger picture. As per him, the duo needs to work together towards achieving the ultimate goals of the Indian team and take Indian cricket forward.

"Virat Kohli will need to make extra efforts. He must be having some regrets, I am sure, but time heals wounds. I think Virat is experienced enough and mature to deal with it. We should see it on the ground soon," Karim said on the Khelneeti podcast.

“Being captain, Rohit Sharma will need to take that extra step. He and Rahul Dravid will need to explain to Kohli the thought process and culture they want to bring in. They can seek inputs from Kohli over the same. At the end of the day, both Kohli and Rohit need to look at the big picture and think about the ultimate team goals," he added.

Karim believes the Indian dressing room can fall apart pretty quickly if Rohit and Kohli are not on the same page. He urged the duo to work together and focus on the greater good of the team.

“If both players are on the same page, things will become very easy. If issues crop up between them, the dressing room environment will go down quickly. So it is very important for both of them to work together," Karim said.