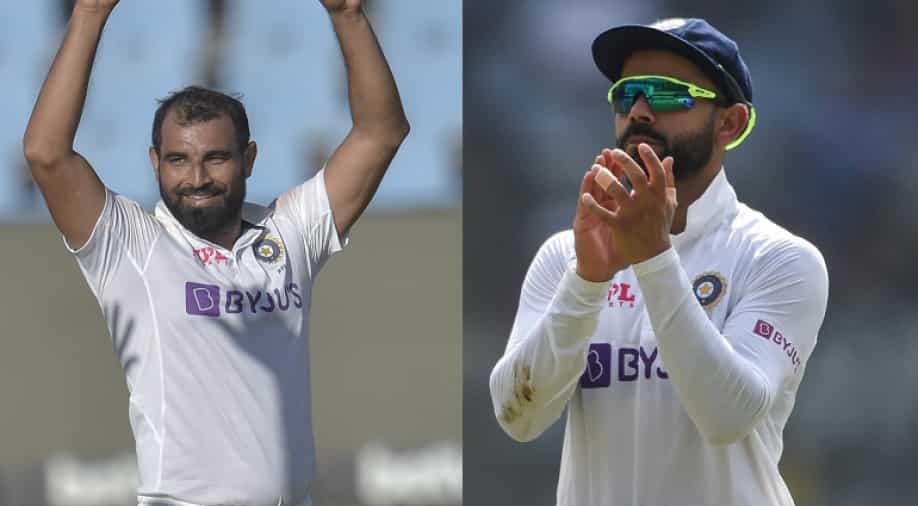 The search for India's next Test captain is underway after Virat Kohli decided to step down from captaincy in the longest format earlier this month. Kohli's shocking announcement came after India's 2-1 loss in the Test series against South Africa. The 33-year-old signed off as India's most successful captain in Tests with 40 wins from 68 matches as a skipper and replacing him will not be an easy task for the BCCI and the selectors.

Several former cricketers and cricket experts have shared their views on the Test captaincy debate and have piked players who they feel are the ideal captaincy candidate for India in Tests going forward. Recently, Team India star Mohammed Shami also gave his take on the matter.

Shami said whoever becomes the next Test skipper of the Indian team will find it more comfortable in adapting to the role as the team will play their next Test assignment against Sri Lanka at home. Shami believes playing at home will take some pressure off the new captain and will allow him to lead with freedom.

“Of course, the team needs a leader (in Test cricket). Good that our first series (under the new captain) will be at home (against Sri Lanka next month), so familiarity with the conditions brings in some sort of relief," Shami was quoted as saying by Telegraph.

When asked to name a few players who he thinks are capable of leading India in Tests, Shami backed Rohit Sharma and Ajinkya Rahane. While Rohit is India's current limited-overs captain, Rahane was removed as the vice-captain in Tests in December last year ahead of the South Africa tour.

“But if you ask me, I will be focusing more on how I fare and how the bowling unit performs as a whole. I’m really not thinking about who takes over the captaincy. We have Rohit (Sharma), while Ajinkya (Rahane) is there as well, but all that matters is the result," said Shami.

“It’s up to the individuals to focus more on their own performances and take bigger responsibility, as that leads to the results we expect,” he added.

Also Read: Can't have someone who gets injured at the start of series: Ex-India selector on Rohit as Test captain

While Rohit is the favourite to take over as the new Test captain of the Indian team, Rahane is unlikely to be handed over the leadership role. Rahane's personal form has been below-par for a couple of years now and his own spot in the Test team is under the scanner. He was also recently removed as vice-captain of the Test side.

Apart from Rohit, the names of the likes of KL Rahul, Rishabh Pant and Jasprit Bumrah have been doing the rounds for the captaincy role.