Ritu Phogat warns Meng Bo not to underestimate her 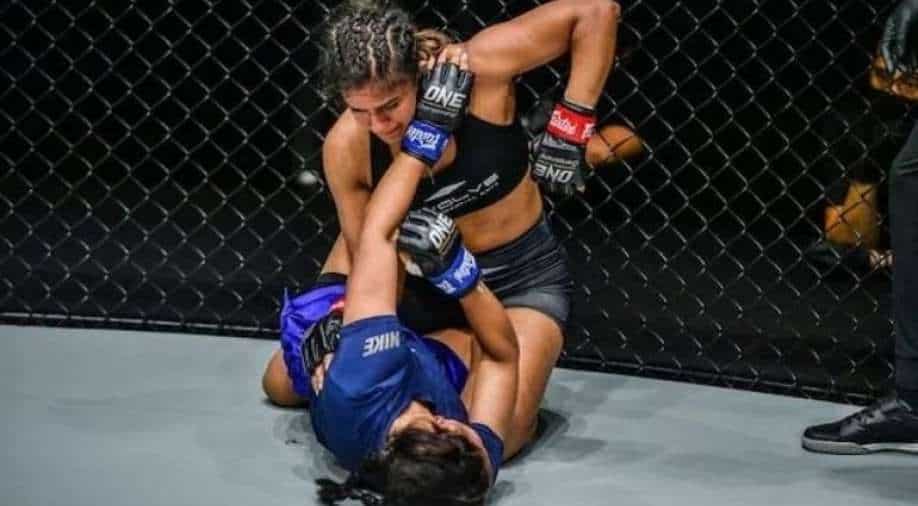 She will face Meng Bo in the quarterfinal round of the tournament which commences from Friday night at ONE: Empower, live from the Singapore Indoor Stadium.

ONE Championship atomweight contender Ritu Phogat has warned her next opponent, China`s Meng Bo ahead of the quarterfinal clash in ONE: Empower. The 27-year-old Indian wrestling icon is back in the highly anticipated ONE Women`s Atomweight World Grand Prix following a comprehensive victory over Lin Heqin last July.

She will face Meng Bo in the quarterfinal round of the tournament which commences from Friday night at ONE: Empower, live from the Singapore Indoor Stadium.

"I`m extremely excited to be back in the Grand Prix. Featuring on the all-women ONE: EMPOWER card feels surreal and fulfilling but we are only halfway through the journey of making ourselves invincible in the MMA space," Phogat said while interacting with the press on Wednesday.

Meng Bo is ranked 2 at atomweight in ONE Championship. The confident Chinese star is on a six-fight winning streak, which includes three victories in the Circle. Phogat understands the legitimate threat that stands before her, but is also quick to remind her opponent that she too is a formidable foe.

"My last match bears witness to the grit, determination and undaunting spirit of women in India. We don`t talk, just act. Don`t say, just show. Don`t just promise but prove! I have all that it takes to make it one of the most formidable face-offs for Meng Bo. She may have more experience but I have persistence, passion, purpose and the love and prayers of my fans, family and friends on my side. All I want to say is that don`t underestimate me or mistake me to be one of your sheep. You would have started first but I am going to finish fierce, strong and victorious. I will ensure this is one of the most unforgettable matches of our careers," Phogat said.

If Phogat wins, she will move on to the semifinal round of the Grand Prix. From there, she needs two more victories to become the tournament champion. ONE Championship CEO Chatri Sityodtong said that the winner of the ONE Women`s Atomweight World Grand Prix could go on to face reigning ONE Women`s Atomweight World Champion "Unstoppable" Angela Lee for the world title as early as November.

The event will be live on Hotstar or Star Sports Select 1 beginning with the lead card at 5 p.m. India Standard Time (IST) on Friday. It will also be available on the ONE Championship app and YouTube page too.