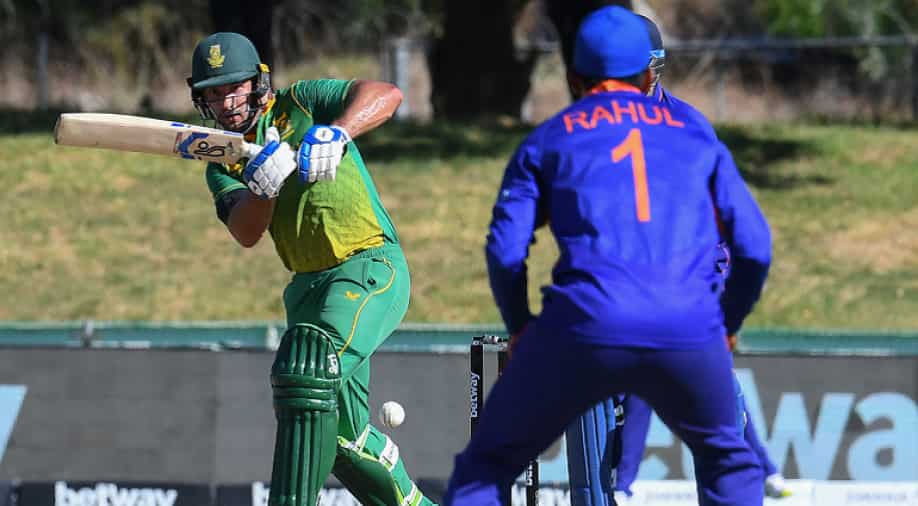 Rishabh Pant's brilliant knock of 85 runs went in vain as South Africa thrashed India by seven wickets in the second ODI to clinch the three-match series 2-0.

South Africa bagged their second win on the trot in the ongoing three-match ODI series against India as they thrashed the visitors by seven wickets in the second ODI at the Boland Park in Paarl on Friday (January 21). It was yet another dominant performance from the hosts, who chased down the target of 288 runs comfortably with seven wickets to spare.

Rishabh Pant's brilliant knock of 85 runs went in vain as India lost the game comprehensively and conceded the series with back-to-back defeats. It was a must-win game for the KL Rahul-led side after a 31-run loss in the series opener at the same venue. However, South Africa once again proved too good for the Men in Blue.

Opting to bat first, India got off to a decent start with a 63-run stand for the first wicket between openers Rahul and Shikhar Dhawan. Aiden Markram drew the first blood for the Proteas as he got rid of Dhawan on 29 off 38 balls before Keshav Mahara sent Virat Kohli packing on a duck to pile misery on India.

However, Rahul then combined with Pant to steady the ship as the duo put together a 115-run stand for the third wicket. While Rahul scored 55 off 79 balls, Pant displayed some brilliant strokeplay in his quickfire 85 off just 71 balls. The wicket-keeper batter missed out on a well-deserved hundred but created the record for the highest individual score by an Indian wicket-keeper batter in an ODI in South Africa.

Also Read: Rahul's impact as a batter diminishes when he captains, he should learn from Kohli: Sanjay Manjrekar

With the help of half-centuries from Rahul, Pant and crucial cameos from Shardul Thakur (40) and R Ashwin (25), India posted a fighting total of 287 runs on the board in their quota of 50 overs. However, the bowlers let the visitors down as South Africa had chased down the target comfortably.

Openers Janneman Malan and Quinton de Kock slammed half-centuries apiece to set up an easy chase for the hosts. While De Kock scored 78 off 66 balls laced with seven fours and three sixes, Malan missed out his century by just nine runs as he notched up a superb 91 off 108 balls.

The South African openers took the Indian bowlers to the cleaners and got the hosts off to a perfect start in the run-chase. The duo added a huge stand of 132 runs for the first wicket before handy knocks from skipper Temba Bavuma (35), Aiden Markram (37) and Rassie van der Dussen (37) helped South Africa overhaul the target with 11 balls to spare.

With the seven-wicket win in the second ODI, South Africa have taken an unassailable 2-0 lead and clinched the series. India will be looking to bounce back to winning ways and earn a consolation victory when the two teams lock horns in the third and final ODI on Sunday (January 23).