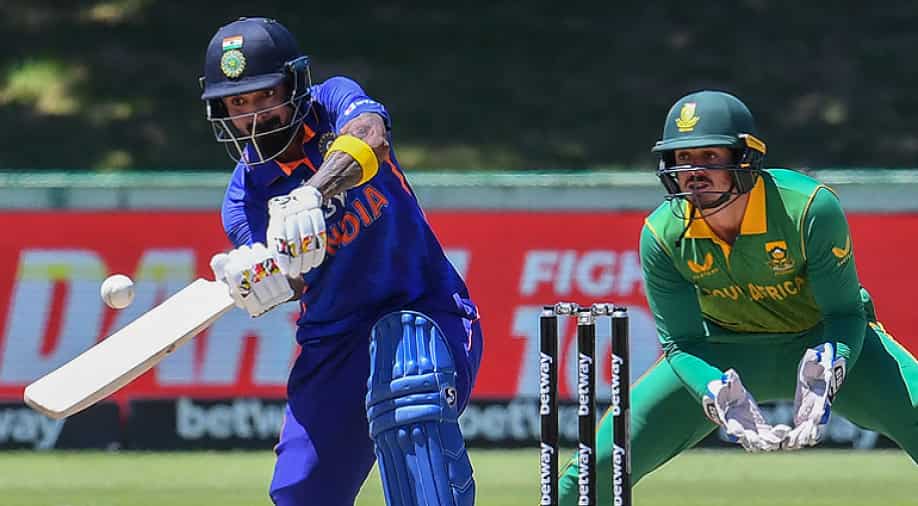 Former India cricketer Sanjay Manjrekar believes KL Rahul's impact as a batter decreases when he is leading a team.

Former India cricketer Sanjay Manjrekar has shared his views on KL Rahul's captaincy and stated that he loses his impact as a batter when leading the team. Rahul is currently leading the Indian cricket in the absence of permanent skipper Rohit Sharma in the ongoing three-match ODI series against South Africa.

Manjrekar cited the example of Rahul's numbers from his captaincy stint with Punjab Kings in the Indian Premier League (IPL) where his strike rate went down significantly after becoming the captain of the team. Manjrekar's comments came after Rahul's 79-ball 55 in the second ODI against South Africa on Friday (January 21).

After opting to bat first India rode on Rahul's 55 and Rishabh Pant's quickfire 85 off 71 balls to post a fighting total of 287/5 on the board, batting first in the must-win game. Pant and Rahul added a 115-run stand for the second wicket where the left-hander was going all guns blazing but the Indian skipper adopted a cautious approach and looked a bit sluggish during his innings.

"When he's a captain [for Punjab Kings] he has a strike rate of 133 and when he's not the captain 146. So this is KL Rahul, when he becomes captain, the impact that he makes as a batter gets diminished and that's something that hurts the team in the end and we have seen it hurt Punjab Kings in the IPL," Mankrekar said on ESPN Cricinfo.

Today, you could say with Rishabh Pant batting there and the kind of overall confidence that the Indian team currently has, he saw potential issues had he got out early, especially with Virat Kohli gone," he added.

Also Read: 'There is only one reason': Sunil Gavaskar explains why India haven't won an ICC trophy since 2013

"So I can understand the innings but going forward, I just want to see KL Rahul [be] the guy who makes an impact with the bat. Like Virat Kohli, for example, when he became the captain didn't lose Virat Kohli the batter who won him a lot of games. I want to see the same with KL Rahul," said Manjrekar.

India lost the first ODI against South Africa by 31 runs under Rahul's captaincy and are on the verge of facing back-to-back defeats as South Africa are well placed to win the second ODI and clinch the three-match series.