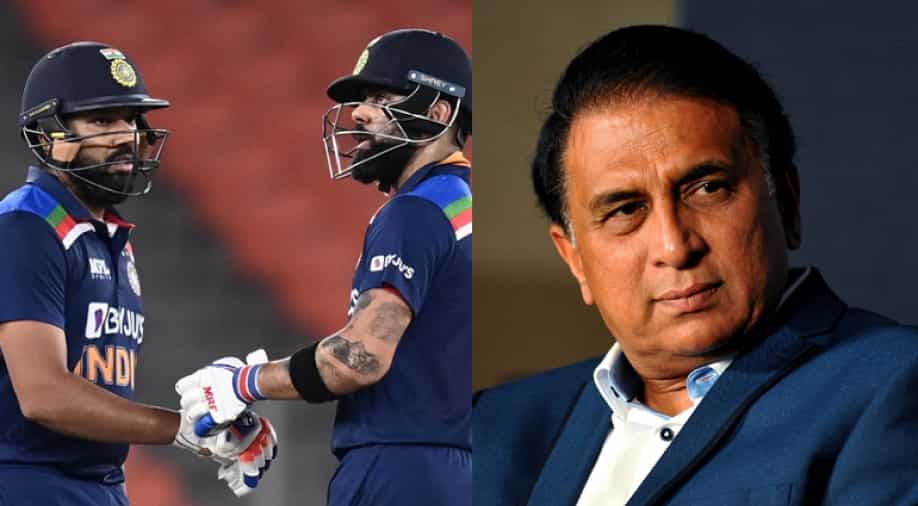 The legendary Sunil Gavaskar recently explained why the Indian team has failed to win an ICC trophy since 2013.

India are one of the strongest teams in international cricket at present and have enjoyed tremendous success across all three formats over the last few years. While they have been dominant both at home and overseas in bilateral cricket, the Indian team has failed to go the distance in major ICC tournaments.

India last won a major ICC trophy under former captain MS Dhoni in 2013 and have since failed to bring an end to their ICC trophy drought despite coming close on several occasions. India reached the final of the 2014 T20 World Cup where they lost against Sri Lanka before losing in the semi-finals of both the 2015 ODI World Cup and the T20 World Cup in 2016.

India came closer than ever to bringing an end to the drought when they reached the final of the Champions Trophy in 2017 under Virat Kohli's captaincy. However, the Men in Blue lost to arch-rivals Pakistan before suffering a heartbreaking defeat in the semi-final of the 2019 ODI World Cup against New Zealand.

India failed to qualify for the knockout stages in the T20 World Cup 2021 last year and also lost the final of the World Test Championship against New Zealand last year. India have not won an ICC trophy for almost nine years now as the team continues to aim to bring an end to the long-standing drought.

Recently, the legendary Sunil Gavaskar explained the reason behind lack of success in ICC tournaments for India. The former India captain feels the lack of all-rounders has cost India in big tournaments. He cited the examples of how all great Indian teams in the past have had batters in the middle-order, who could also be handy with the ball in their hands.

Gavaskar cited the examples of the likes of Yuvraj Singh and Suresh Raina, who batted extremely well in the middle-order and also were brilliant as part-time bowlers for captain Dhoni. Gavaskar feels the current Indian team lacks such versatile all-rounders which is the reason behind their failures in big tournaments.

"There is only one reason why this team has been left disappointed in ICC tournaments (ODI and T20I). If you look at the teams that won the 1983 and 2011 World Cups or even the 1985 World Championship of Cricket-winning side, they were all full of outstanding all-rounders," Gavaskar told AajTak.

"There were many batters who could bowl and the bowlers could bat. The numbers 6,7 and 8 requires all-rounders which all these victorious teams had. The likes of Yuvraj Singh and Suresh Raina could bowl and bat very well.

"This is the one shortcoming that the Indian team has over the past two or three years, as a result of which the captain has not had many options and the team has lacked flexibility," the former India captain added.

India will get another shot at redemption when they take part in the T20 World Cup 2022 in Australia later this year. The Indian team has been placed in Pool 2 with Pakistan, Bangladesh and South Africa. The Men in Blue will once again open their campaign against arch-rivals Pakistan.