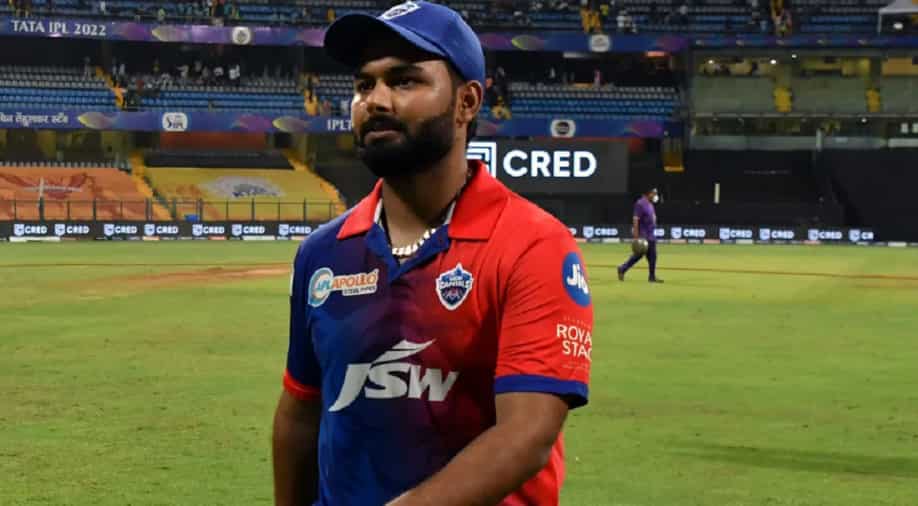 Rishabh Pant will be hoping to contribute with the bat for DC against Mumbai Indians. | Photo - IPL | Photograph:( Others )

Former India opener Aakash Chopra has issued a warning to Rishabh Pant ahead of his side Delhi Capitals' must-win clash against Mumbai Indians in IPL 2022 on Saturday.

Delhi Capitals (DC) will be aiming to seal a berth in the Indian Premier League (IPL) 2022 playoffs when they take on Mumbai Indians (MI) in a must-win clash at the Wankhede Stadium in Mumbai on Saturday (May 21). With 14 points from 13 matches so far this season, DC need a win against MI to seal a berth in the playoffs.

Ahead of DC's must-win clash against MI, former India opener Aakash Chopra has issued a warning to Pant and has urged him to keep his ego aside and bat sensibly rather than going after the bowlers without assessing the situation and playing reckless shots. Pant has not had the best of seasons with the bat for DC this year.

While he has managed to be among the runs and has also scored at a good pace, he has been far from consistent. Pant has so far notched up 301 runs in 13 matches at an average of 30.10 and a strike rate of over 157 without a single half-century. He has also been blamed for throwing his wicket away by playing some reckless and unwanted shots once again this year.

Chopra has urged Pant to set his ego aside and focus on producing a match-winning knock for the team rather than going after the bowlers from the word go.

"Rishabh Pant needs to keep his ego aside and look at the bigger picture. He is a much more capable player than his performances have suggested so far. Whenever Delhi have won, his average hasn't been great. So there hasn't been a match-winning contribution," Chopra said in a video on his YouTube channel.

While Pant has not been consistent, DC have two in-form batters in the form of David Warner and Mitchell Marsh, who are enjoying a purple patch with the willow. Rovman Powell has also scored runs in the middle-order while the return of Prithvi Shaw will significantly boost their batting line-up against MI.

While there is a spot in the playoffs on the line for Delhi Capitals, Mumbai Indians have nothing to lose heading into the clash. They are placed at the bottom of the table and have already been knocked out of the playoffs. However, MI will be hoping to finish the season on a high with a win against DC at their homeground on Saturday.