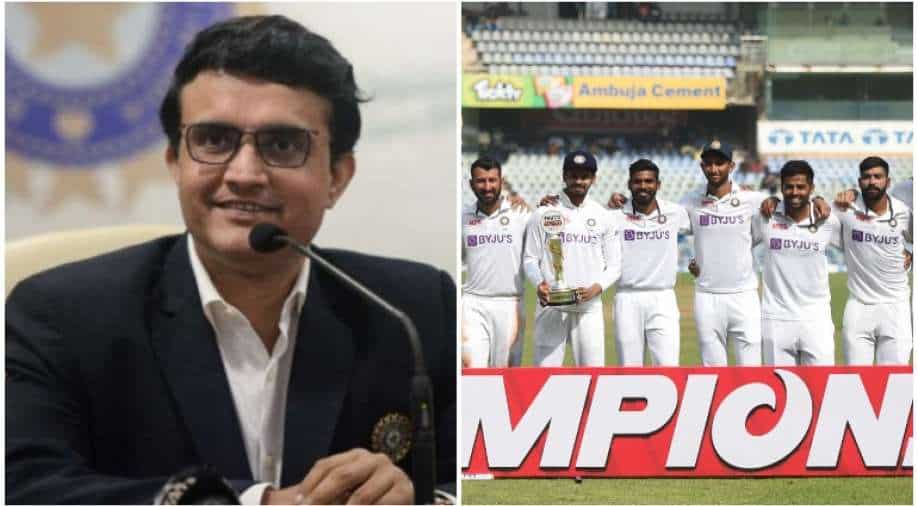 Ahead of the SA Tests, which gets underway from December 26, BCCI chief Sourav Ganguly lauded Indian young batter and is 'hopeful' of him delivering the goods overseas, starting from the series in the African nation.

There are plenty of things happening in Indian cricket at present. With contrasting statements from Test captain Virat Kohli and BCCI chief Sourav Ganguly regarding the recent ODI captaincy switch and the former's T20I captaincy resignation, not everything is at ease in Indian cricket. Amid all this, the senior men's cricket team has arrived in South Africa where they play three Tests and as many ODIs, starting from December 26.

Under Kohli, India have won a Test series in Australia and gained an unassailable 2-1 lead over England in the incomplete five Tests early this year in the United Kingdom. Now, the focus has shifted to the SA Tests.

While India have won Test series in England, Australia (twice recently) and in New Zealand to date, they are yet to win a series in whites on South African soil. Thus, not only the experienced Indian campaigners will have to stand tall but even the young guns will have to contribute to script history.

Ahead of the SA Tests, which gets underway from December 26, BCCI chief Sourav Ganguly lauded Indian young batter Shreyas Iyer and is 'hopeful' of him delivering the goods overseas, starting from the series in the African nation.

For the unversed, Iyer had a memorable debut series versus New Zealand at home. He returned with 202 runs, at 50.50, to end as India's highest run-getter (second overall) with a fifty and hundred.

Ganguly, thus, shared his thoughts on Iyer while speaking to Boria Majumdar on ‘Backstage with Boria’ and said, "I think he averages 50 in First Class cricket for a long period of time. I saw his First Class average, he was averaging 52 for a period of 10 years, and you can’t be ordinary to do that. At some stage you need an opportunity to show your talent at the international level."

ALSO READ | Once Kohli decided to not be T20I skipper, Rohit was best choice for limited-overs captaincy: Ganguly

Kohli-led Indian Test team landed in South Africa on Thursday (December 16). They will undergo the mandatory Covid protocols before starting their training in the African nation.

During their last Test series in SA, Kohli-led India were competitive but lost 2-1. Will the scoreline be in India's favour this time around? Only time will tell...