Ravichandran Ashwin difficult to get away, he has great control over line and length, says Martin Guptill 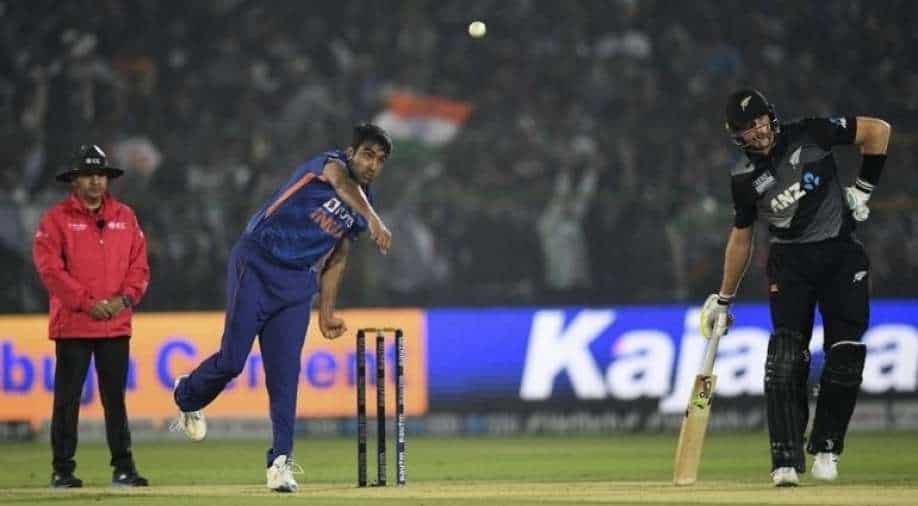 New Zealand opening batter Martin Guptill has said that Ravichandran Ashwin has got great control over line and length and he is very hard to get away.

Suryakumar Yadav (62) and Rohit Sharma (48) starred with the bat as India chased down 165 to defeat New Zealand by five wickets in the first T20I of the three-match series here at the Sawai Mansingh Stadium on Wednesday.

"He is a willy bowler, he has got great control over his line and length. He does not bowl many bad balls. I do not remember him bowling many bad balls throughout his career, he is very difficult to get away.

His change in pace is so subtle and well controlled, he is just very hard to get away," Guptill said during the post-match press conference.

Rahul Dravid's coaching stint got off to a winning start as Rohit Sharma-led India defeated New Zealand by five wickets in the first T20I.

Earlier, Martin Guptill and Mark Chapman played knocks of 70 and 63 respectively as New Zealand posted a total of 164/6. For India, Ravichandran Ashwin and Bhuvneshwar Kumar returned with two wickets each.

With this win, India gained a 1-0 lead in the three-match series, with the second game set to be played on Friday.