'Trent Boult knows my weakness and I know his strength': Rohit Sharma after India beat New Zealand in 1st T20I 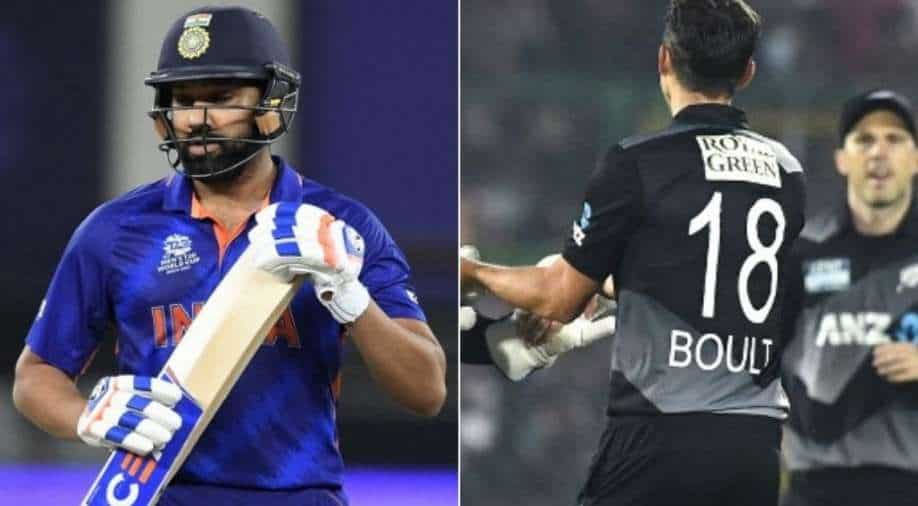 After India registered a five-wicket victory over New Zealand in the first of three-match T20I series at the Sawai Mansingh Stadium, here on Wednesday (November 17), newly-appointed skipper of the Indian T20 side reflected on the match.

The opening batter and the skipper of IPL franchise Mumbai Indians (MI) also talked about his battle with NZ pacer Trent Boult, who is also his MI teammate. Rohit said, "We (Boult and I) played a lot of cricket together and he knows my weakness and I know his strength, it's a good fight between the two."

"When I captain him I always tell him to bluff, and that's exactly what he did. He put the mid-wicket back and put the fine leg up and I knew he was gonna bowl a bouncer and I was just trying to put it over the fielder but unfortunately there wasn't much pace on the ball," Rohit added.

ALSO READ | Watch: Rohit Sharma and Rahul Dravid recall their interaction in 2007: 'I was over the moon'

During the match, India registered the win in the thrilling final over to take a 1-0 lead at the Sawai Mansingh Stadium on Wednesday (November 17).

In reply, Suryakumar Yadav's fine fifty (62 off 40) and Rohit Sharma's important knock (48 off 36) helped India chase the target in the last over of their innings. Rishabh Pant, who hit the winning runs, scored 17 off 17 balls.

Rohit hailed the team for playing brilliantly under pressure, as he said, "Towards the end we saw it wasn't easy, was a great learning for the guys because those guys haven't batted in that situation before for India."

"It was great learning for them to understand what needs to be done, it's not about power-hitting all the time and you try and put the ball to the left or right of the fielder and try and take singles or find boundaries. As a team, we are happy that those guys got to bat in that situation and finished the game off."