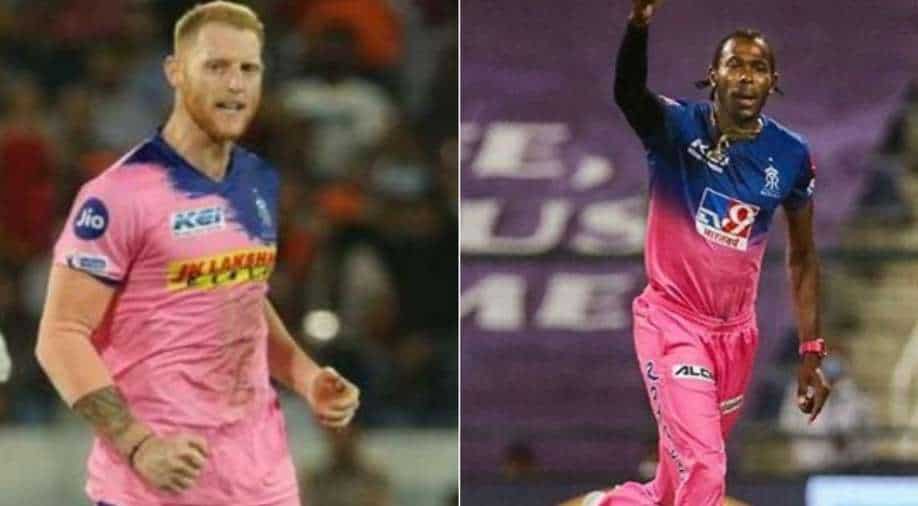 Rajasthan Royals have retained their skipper Sanju Samson, England's swashbuckling batter Jos Buttler and an uncapped Indian player Yashasvi Jaiswal ahead of the Indian Premier League (IPL) 2022 mega auction. Although the date is not confirmed yet, the auction is expected to take place in the second half of January.

Samson has amassed 3068 runs in 121 IPL matches with a strike rate of 134.20 since making his debut for the Rajasthan-based franchise back in 2013. The right-hand batter was retained for INR 140 million. On the other hand, Buttler and Jaiswal have been retained for INR 100 million and INR 40 million respectively.

Two big names, the England duo Ben Stokes and Jofra Archer, were released and the director of cricket, Kumar Sangakkara revealed the reason behind it. He said, "We had to take a lot of factors into consideration while making this decision and would have ideally liked to have gone with four players but the uncertainty surrounding Jofra's long term injury forced us to retain only three."

ALSO READ | IPL retention: Who's in, who's out ahead of mega auction? All you need to know

Speaking about the all-rounder Stokes, Sangakkara said, "It's extremely difficult. They are two of the best players in the world at the moment. Ben Stokes is the best all-rounder I have seen in a very long time. [He's] an absolute match-winner and he has shown that for Rajasthan Royals.

"Absolutely brilliant as a team man, brilliant in a leadership role. He just brings his amazing energy to the field. We had to consider the number of retentions possible. Player availability, in terms of how much of the tournament that a player is available for. It's the same with Jofra. We did everything to ascertain the nature of the injury, the recovery period," he added.

Sangakkara further said, "There hasn't been a phenomenon like Jofra Archer in any form of cricket, especially T20 cricket. And I know the players themselves understand our reasoning, even though they may be disappointed. I am sure they are, as we are as a franchise. All these dynamics come into play."