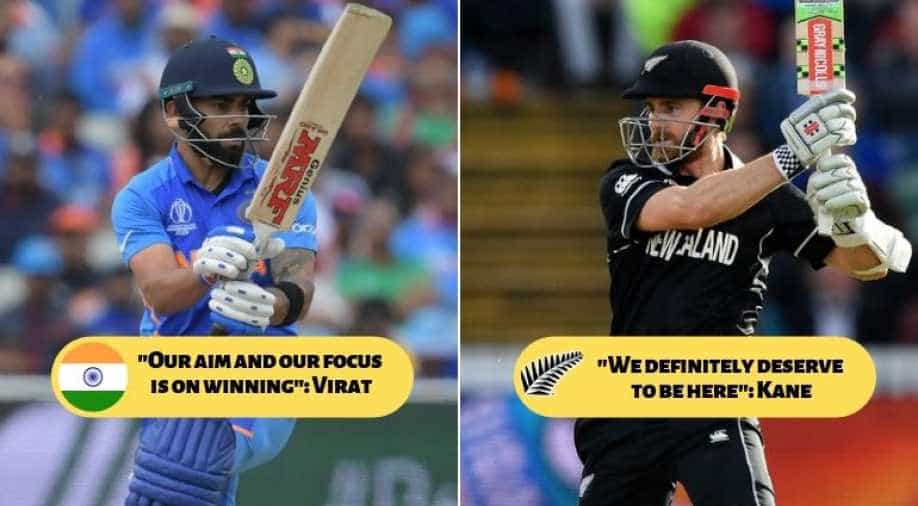 The rain gods played spoilsport on Tuesday in the semi-final 1 between India and New Zealand as the match was halted and the players were off the field at Old Trafford in Manchester in the 47th over of the New Zealand innings.

The rain continued throughout the day and the umpires decided to call off play on Tuesday and take the World Cup 2019 semi-final 1 onto the reserve day (Wednesday, July 10).

New Zealand thus will continue their innings at 211 for 5 in 46.1 overs if there is no further rain delay.

The weather forecast on Wednesday is not too bright either.

It is expected to be cloudy in the morning and the sun may come out when the semi-final resumes on the reserve day at 10:30 AM BST (3 PM IST).

The chances of rain are very high and Team India will hope to have a full game instead of a 20-over game to have better chances to win the match.

If there is a shortened game today and New Zealand do not resume their batting, according to the Duckworth-Lewis-Stern method (DLS) the targets as per the overs in play would be:

For the semi-final match to be completed, India are required to bat for at least 20 overs.

If after the reserve day the match is also washed out and does not reach a result, India will progress to the final as they finished higher in the points table to New Zealand in the group stage.