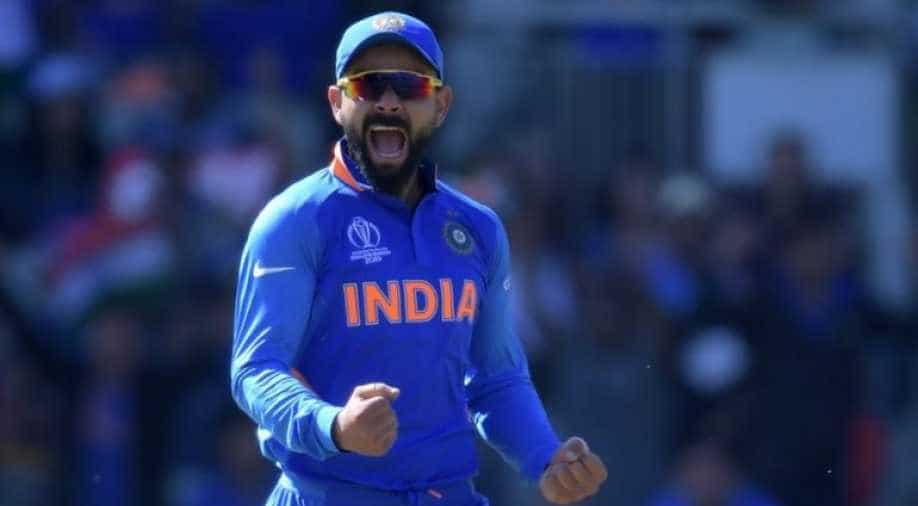 During Bumrah's 2nd over, Guptill tried to defend a length ball but Kohli, standing at the second slip, took a brilliant catch

During Bumrah's second over, Guptill tried to defend a length ball but Kohli, standing at the second slip, took a brilliant catch.

The ball got a thick outside edge and Kohli grabbed it diving to his left. This was Guptill's fifth single-digit score in this year's World Cup.

In the match, The 2015 finalists made a change, bringing in a fit-again Lockie Ferguson, their leading wicket-taker in the tournament, and leaving out fellow quick bowler Tim Southee.

Twice champions India also made a change to the side that beat Sri Lanka in their final group match, bringing in Yuzvendra Chahal in place of fellow wrist-spinner Kuldeep Yadav.

India and New Zealand are playing each other for the first time in this year's tournament after the group match between the sides in Nottingham was washed out.

Tuesday's game is a repeat of the semi-final of the 2008 Under-19 World Cup in which a Kohli-led India defeated a Williamson-captained New Zealand in Kuala Lumpur.

Yessss we got a first wicket in just a 3 overs against NZ 🇳🇿 . brilliant bowling by @Jaspritbumrah93 🇮🇳👌🏻👌🏻😌 and wonderful catch by king @imVkohli 🇮🇳👌🏻 pic.twitter.com/7Lqm4r0KVV

What a catch by @imVKohli !! #CWC19 #INDvsNZ #NZvIND #WorldCup19 pic.twitter.com/jwekiT4dcG