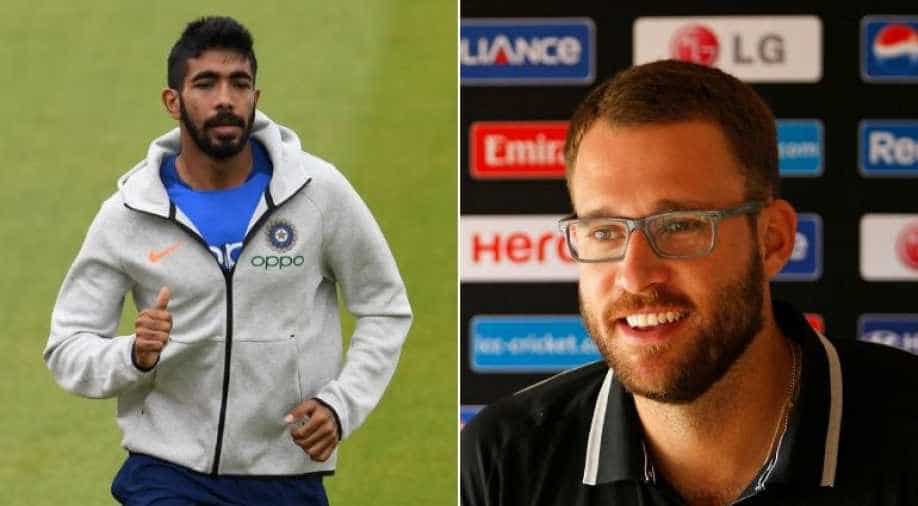 The league stage of the tournament is over and top-ranked India will face fourth-placed New Zealand in the semi-final while defending champion Australia will lock horns with hosts England.

In his column for the International Cricket Council (ICC), Vettori wrote, "Jasprit Bumrah is basically unplayable at this stage, and against England, he was his usual economical self."

"But despite that, England targeted everyone else. They were aggressive against the spinners, against Hardik Pandya and they even got to Mohammed Shami at the death as well."

"I am fairly confident Shami will come back into the side to face New Zealand, he had a very good series down there at the start of the year.

"But New Zealand have got all the ingredients in place to put on a big total. I know they haven't done it yet," he added.

"They will have to be aggressive right from the outset and bowl to take wickets. If you take early wickets and can get at that Indian middle order then you have a chance," said Vettori.

"The key will be Trent Boult, he knows these Indian batsmen extremely well at this point. They have played each other many times in international cricket and the IPL and he, along with Kane and the coaching staff, will have plans in place."

After getting a terrific start in the tournament, New Zealand suffered three back-to-back defeats to Pakistan, Australia and England in the league stage.

However, Vettori believes that the three-match losing streak can evaporate quickly if New Zealand manage to perform well in the first 10 overs.

"They have to stay aggressive, bowl to get wickets and let Trent work his magic at the start, in the middle and at the death where his reverse swing, yorkers and now a knuckle ball as well, mark him out as one of the world's premier white-ball bowlers," he added.