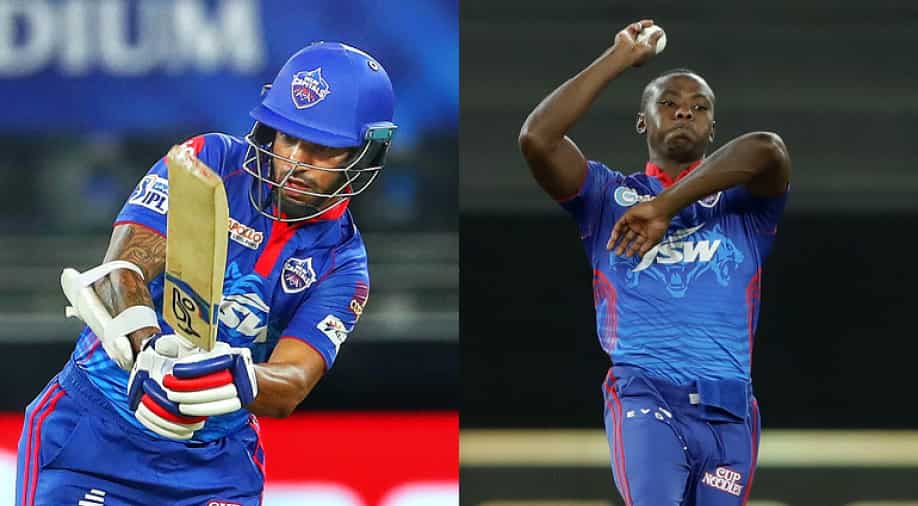 Dhawan and Rabada roped in by Punjab Kings at IPL 2022 mega auction. | Photo - IPL | Photograph:( Others )

Punjab Kings made early moves at the IPL 2022 mega auction on Saturday as they spent big money to rope in ex-Delhi Capitals stars Shikhar Dhawan and Kagiso Rabada.

Shikhar Dhawan was the first player sold at the Indian Premier League (IPL) 2022 mega auction on Saturday (February 12). The veteran Team India batter was roped in by Punjab Kings (PBKS) for a whopping sum of Rs 8.25 crore (INR 82.5 million). There was an intense bidding war for Dhawan between his former side Delhi Capitals (DC) and Punjab Kings, who managed to rope in the senior India batter.

Dhawan has been one of the most consistent performers in the IPL over the years and played an instrumental role in Delhi Capitals' success ever since joining the side in 2018. Dhawan was among the top run-getters in the league last season with 587 runs from 16 matches at a brilliant average of 39.13 and a strike rate close to 125.

Dhawan will be doing the Punjab Kings' jersey in the upcoming IPL 2022 season after he was roped in by the Punjab outfit at the IPL 2022 mega auction. He was the first player to go under the hammer and drew a bidding war for his services at the mega event in Bengaluru.

Also Read: 'He will shake the bank': Sunil Gavaskar picks Indian star who can be one of top earners at IPL mega auction

Punjab Kings roped in another former Delhi Capitals star at the IPL 2022 mega auction in the form of South Africa pacer Kagiso Rabada. The Proteas fast bowler has been one of the most prolific wicket-takers in the IPL over the years and is regarded as one of the best pacers in international cricket at present.

Rabada was bought by Punjab Kings for a huge sum of Rs 9.25 crore (INR 92.5 million) after an intense bidding war between three teams - Punjab Kings, Gujarat Titans and Delhi Capitals. Rabada has so far played 50 matches in his IPl career and has 76 wickets to his name.