PSL final rescheduled as Pakistan team to leave for England on June 25: PCB 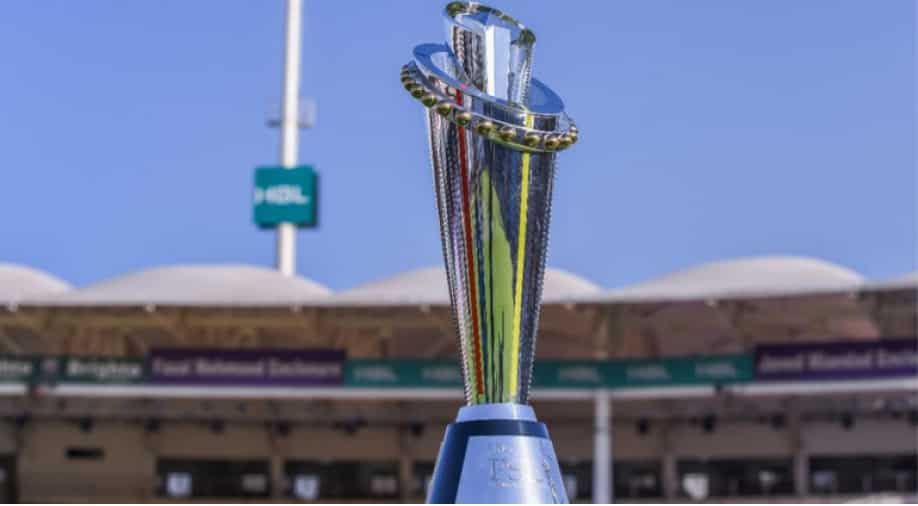 The cricket board also decided that the national team players will leave for England on June 25 instead of June 23.

Pakistan Cricket Board (PCB) has decided to reschedule the Pakistan Super League (PSL) final to June 24 instead of June 20. PCB held an online session with franchise owners on Tuesday to talk about the progress in resuming the remaining of the T20 league.

ALSO READ: 'Who are those people judging you': Sheldon Jackson lashes out on Team India's selectors

The cricket board also decided that the national team players will leave for England on June 25 instead of June 23.

The postponed Pakistan Super League (PSL) 6 will be played in Abu Dhabi in June, the Pakistan Cricket Board (PCB) confirmed last month. The PCB has received the green signal to hold the remainder of 20 PSL matches in Abu Dhabi following approvals and exemptions from the United Arab Emirates government.

Earlier, PSL 6 was postponed amid multiple cases of COVID-19 within teams inside the bio-secure bubble. There were multiple reports of bio-bubble breaches by players and administrators during the tournament.

While there were talks to conduct the remainder of PSL 6 in Karachi, it couldn’t materialise due to the prevalent situation surrounding the dreaded virus in the country.

PCB Chief Executive Wasim Khan thanked the UAE government, Emirates Cricket Board for their support during the testing times. Notably, the UAE had hosted the entire IPL 2020 last year.