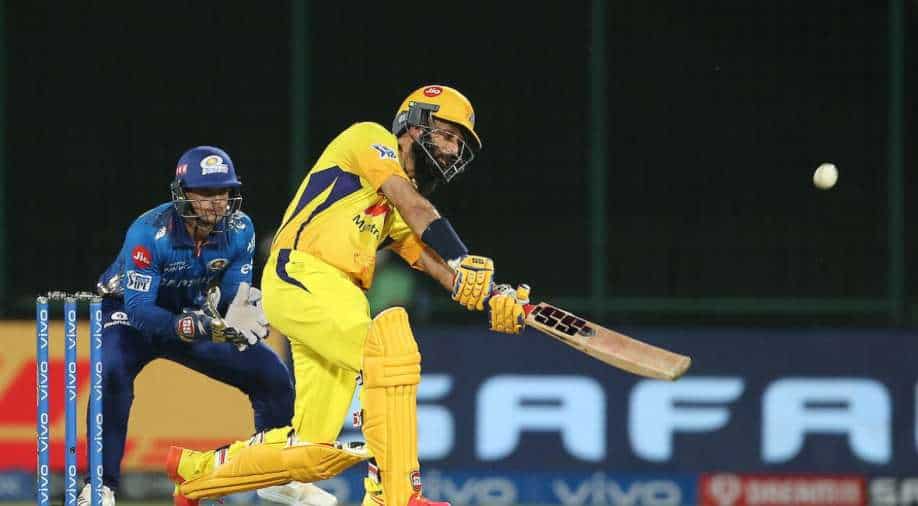 Sunil Gavaskar has expressed that the Chennai Super Kings' choice to promote Moeen Ali to No. 3 during IPL 2021 ended up being a masterstroke.

Sunil Gavaskar has expressed that the Chennai Super Kings' choice to promote Moeen Ali to No. 3 during IPL 2021 ended up being a masterstroke.

Batting up the order, the England all-rounder pounded 206 runs in six matches for Chennai Super Kings' at a strike rate of 157.25. He furnished the innings with some genuinely necessary stimulus with the bat, which the franchise appeared to be deficient with regards to last season.

Lauding Chennai Super Kings' choice to send Ali to bat higher in the order, Sunil Gavaskar wrote in his segment for Sportstar:

“The promotion of Moeen Ali to the top of the order at No. 3 turned out to be a masterstroke as the left-handed batsman produced some blistering innings” - he said.

“The seasoned Faf du Plessis was in cracking form, too, and, along with the promising Ruturaj Gaikwad, gave the team some top stars. Sam Curran continues to impress and improve with every game and bids fair to be considered a proper all-rounder now” - he observed.

“It’s the final overs’ bowling that the side needs to strengthen as was evident in the match against Mumbai when, despite scoring 218, it lost the game off the last ball” - he added.

In the wake of neglecting to meet all requirements for the IPL end of the season games interestingly last season, Chennai Super Kings' returned with a bang in IPL 2021.

They were second in the points table when the season had to be deferred inconclusively because of the ascent in COVID-19 cases in the bio-bubble. CSK have won five of the seven matches they played in IPL 2021.

“All the other teams were in top form with last year’s disappointing team, Chennai Super Kings, looking like the champion it usually had been all these years. There was a renewed energy about the team this time, though there were no major changes to its squad” – he concluded.