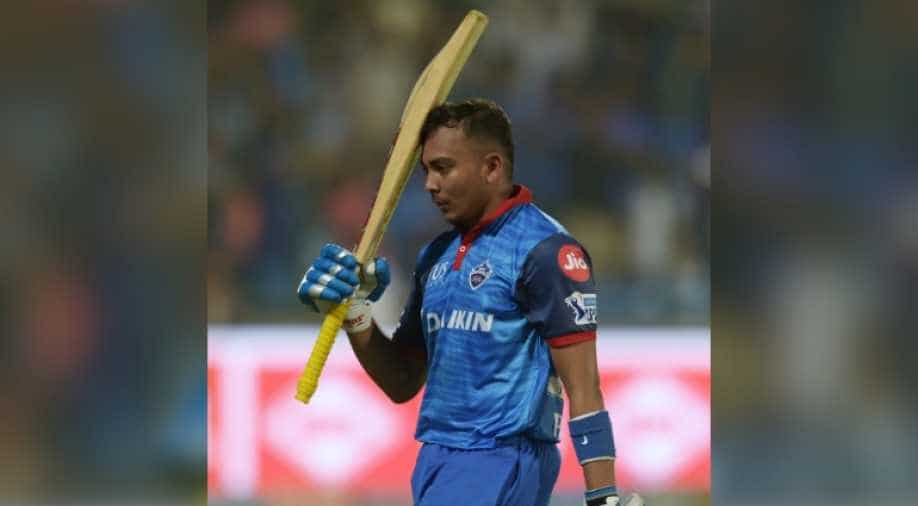 The suspension was backdated to mid-March, meaning Shaw will be eligible for selection after November 15.

Prithvi Shaw was on Tuesday suspended for eight months by India's governing body for a doping violation, with the teenage batting sensation saying he was shaken by the news and would return to the game "faster and stronger".

The Board of Control for Cricket in India (BCCI) ruled that the 19-year-old "inadvertently ingested a prohibited substance, which can commonly be found in cough syrups".

The suspension was backdated to mid-March, meaning Shaw will be eligible for selection after November 15.

The BCCI added in its statement that Shaw's urine sample collected on February 22 in Indore was "found to contain terbutaline".

"Terbutaline, a specified substance, is prohibited both in and out of competition in the WADA Prohibited List of Substances," it added.

The governing body added that it was satisfied Shaw had taken the substance to treat respiratory infection and not as a performance-enhancing drug.

Shaw said in a statement on Twitter that "the news has really shaken me".

"I accept my fate with all sincerity," he said, adding that the suspension was a reminder of the risk for professional athletes of taking medicine for illnesses.

"Cricket is my life and there is no bigger pride for me than playing for India and Mumbai and I will come out of this faster and stronger," he said.

Shaw -- often compared to the legendary Sachin Tendulkar -- is nursing a hip injury and was not picked for India's tour to the West Indies in August.