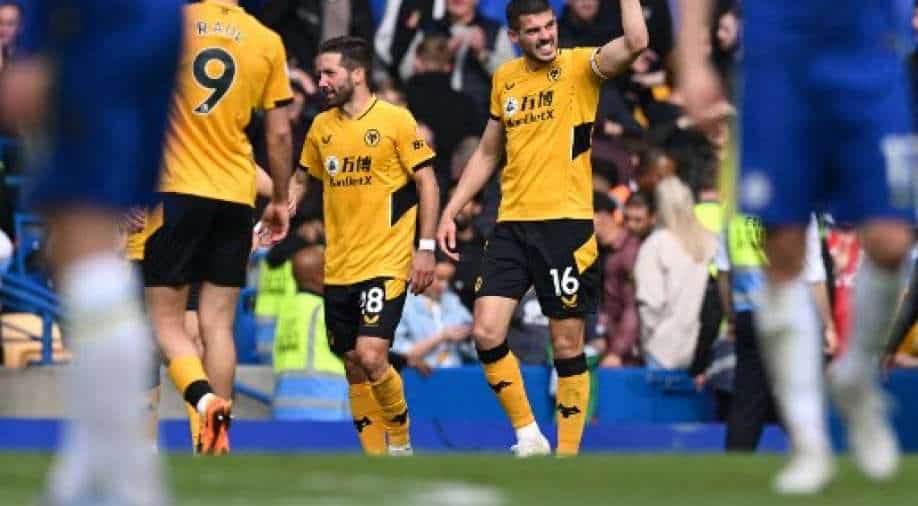 Wolves had trailed for much of the game after Chelsea`s out-of-form striker Romelu Lukaku scored twice in two second-half minutes.

Conor Coady struck deep into time added on to snatch a 2-2 draw for Wolverhampton Wanderers away at Chelsea in the Premier League on Saturday, as the Londoners` prospective new owners looked on from the Stamford Bridge stands.

Coady headed home a cross from substitute Chiquinho in almost the last action of the game.

Wolves had trailed for much of the game after Chelsea`s out-of-form striker Romelu Lukaku scored twice in two second-half minutes.

Lukaku, who had not scored in the league since December, claimed his first from the penalty spot in the 56th minute after a lengthy VAR check concluded he had been fouled by Romain Saiss just inside the area.

He put his second away with a fine strike from 20 metres after being put through by Christian Pulisic.

But Wolves snatched a goal back in the 79th minute through substitute Francisco Trincao and then upped the pressure, giving Chelsea, who sit third in the table and are looking to cement a Champions League spot, a nervous finish.

The terms of Chelsea`s sale to a consortium led by Los Angeles Dodgers` part-owner Todd Boehly and backed by a private equity firm Clearlake Capital were agreed earlier on Saturday.