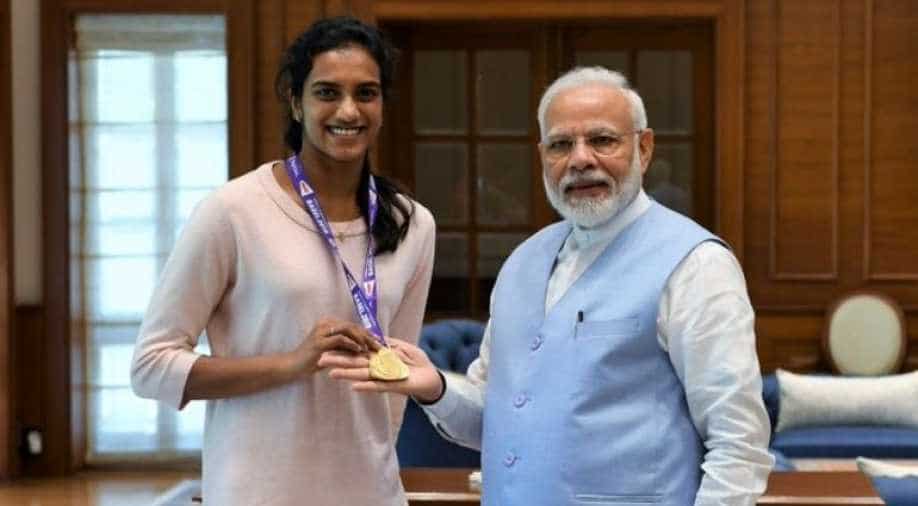 Sindu defeated Japan's Nozomi Okuhara 21-7, 21-7 in the finals of the tournament to win the elusive medal on Sunday

Sindu defeated Japan's Nozomi Okuhara 21-7, 21-7 in the finals of the tournament to win the elusive medal on Sunday.

The 24-year-old badminton player brought glory to the nation as she became the first Indian to win gold at BWF World Championships.

"India's pride, a champion who has brought home a Gold and lots of glory! Happy to have met @Pvsindhu1. Congratulated her and wished her the very best for her future endeavours," PM Modi tweeted.

After her win, Sindhu arrived in India early Tuesday morning and was seen thanking fans for their support and said that she wished to win "many more medals for the country."

The minister presented the shuttler with a cheque of Rs 10 lakhs for winning a gold medal in BWF World Championships.

This is Sindhu's fifth world championship medal, two of them silvers and two of them bronze.