Whenever I lose, he is like 'it's okay, we'll try next time': PV Sindhu on coach Pullela Gopichand 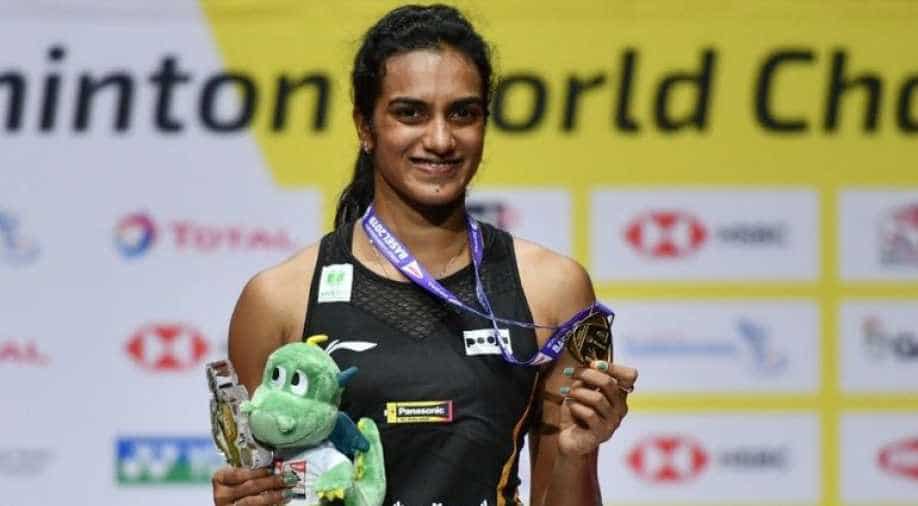 Sindhu thanked her mentor and coach Gopichand and said he never gave up on her even when she tasted failures.

India's star shuttler PV Sindhu and coach Pullela Gopichand spoke exclusively to WION's Digvijay Singh Deo. Sindhu admitted that the last 48 hours were so hectic for her that she barely got the time to celebrate her long-awaited win.

"It was a dream! We've been waiting for this win and finally it has happened, so I am very, very happy," she said.

She thanked her mentor and coach Gopichand and said he never gave up on her even when she tasted defeat.

Gopi, humbled by Sindhu's words, added that he had never imagined that he will go so far in this journey.

"When I started, I never knew that this will go so far. I just had a dream and the energy to push. God has been kind and with the support of a lot of people we have been able to achieve what we have achieved," he stated.

Sindhu scripted history after defeating Nozomi Okuhara of Japan 21-7, 21-7 to clinch her maiden BWF World Championships title which she described as "a much-needed victory".

Sindhu on Sunday made the country proud by becoming the first Indian to become a world champion. This is Sindhu's fifth world championship medal, she holds two silvers and a couple of bronze.