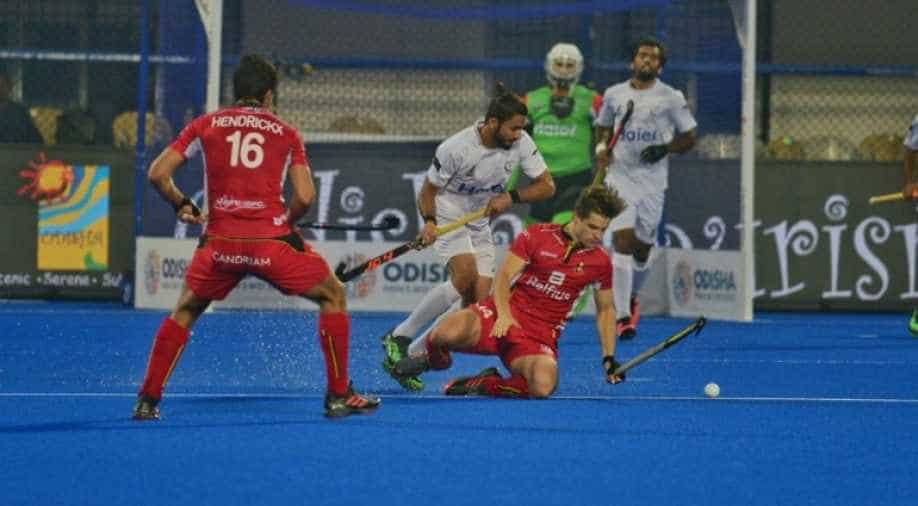 Players of Pakistan and Belgium in action during a game at Men's Hockey World Cup. Photograph:( Twitter )

Belgium thrashed Pakistan 5-0 in the third crossover match of the Hockey World Cup to qualify for the quarter-finals on Tuesday. With his loss, Pakistan's campaign at the men's hockey World Cup finally came to an end.

Staring the match as favourites, the Red Lions toyed with the Pakistani defence which somehow managed to hold on in the opening 10 minutes.

Down by four goals, Pakistan knew it was the end of the road for them. It was a one way thereafter as Belgium made all the forays and earned two more penalty corners in the process.

The last penalty corner resulted in a penalty stroke as the ball hit the body of a Pakistani defender and Boon made no mistake in converting the chance.

Belgium will now face Germany in the quarters.